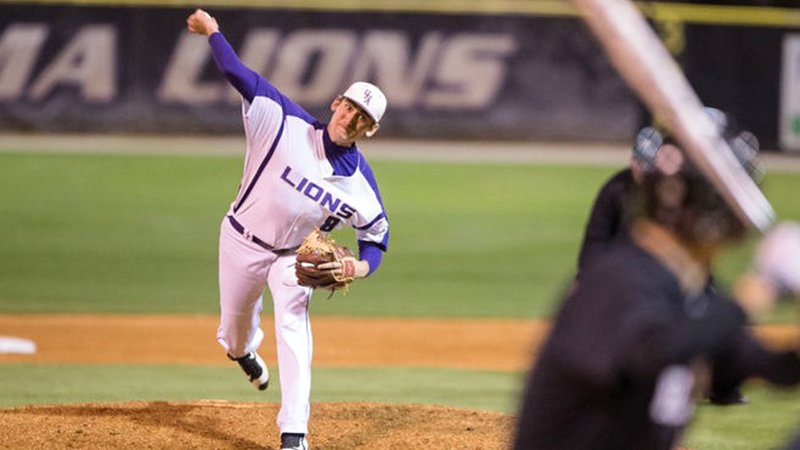 On the heels of being named the 2017 Bob Stephenson Award recipient by coaches and teammates, University of North Alabama junior pitcher and East Brewton native Tyler Joyner keeps racking up the awards, being named Gulf South Conference Pitcher of the Year.

The first team All-GSC selection has a 10-2 record on the mound with a 3.18 earned run average. He leads the conference in wins, innings pitched (96.1), and is second in strikeouts (96). He has pitched seven complete games this year. He had a season-high 11 strikeouts versus Shorter on February 25.

North Alabama is 32-8 for the season. The Lions will begin play in the 2017 GSC Baseball Tournament Saturday at 1:30 p.m. against West Florida in Cleveland, Miss. The team will play Mississippi College on Sunday at 10:00 a.m., and West Alabama on Monday at 1:30 p.m.

It’s the first appearance in the tournament for North Alabama since 2014.