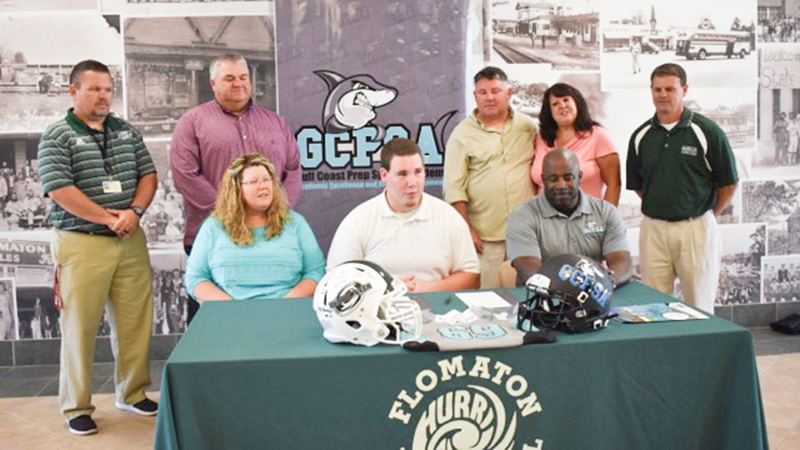 The 6 foot 7 inch, 350-pound lineman was a leader on the offensive line for the Hurricanes. 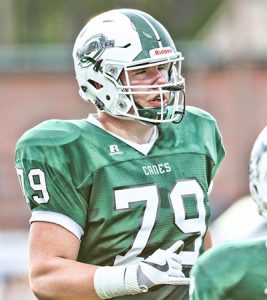 “He has a high motor and is relentless,” said Vickery.

“He’s a great run blocker with good quickness. He will probably need to work on pass-blocking, but he has such good feet for his size. He loves the game of football. With the coaching he will receive from Roosevelt Patterson (offensive line coach) and with his potential, the sky is the limit. I am excited to see what his future holds. God is going to bless him.”

Gulf Coast Prep Sports Academy is coached by Willie Gaston, who played for the national championship 1992 University of Alabama team under Gene Stallings.

Gulf Coast Prep Sports Academy is a rigorous post-graduate academic-athletic program for students who wish to continue their desire to earn a four-year scholarship at an accredited four-year college.

Philyaw is the son of Robert and Pam Philyaw of Flomaton.