Pollard, Sparta – it is a tale of 2 cities 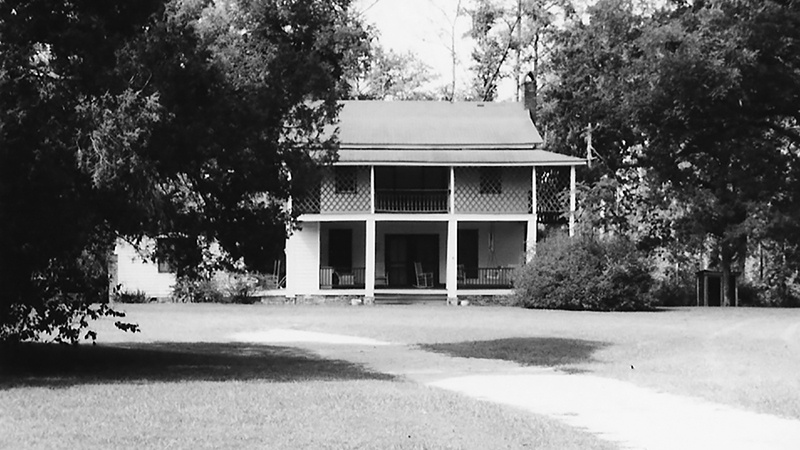 The home of Dr. Watkins, located along the Old Federal Road.

“It was the best of times, it was the worst of times,” so goes the quote from the Charles Dickens story and these words may be used to sum up the fortunes of the towns of Pollard and Sparta during the War Between the States.

The results of the war would both make and break the two small towns.

Pollard was founded in the late 1850s and was named for the railroad president of the Alabama and Florida Railroad (commonly known as the A&F). The town was planned to be the northern rail terminus of the A&F and to connect it with another railroad, the Mobile and Great Northern (also called the M&GNRR). Early Pollard was a town brimming with optimism, opportunity and wealth.

Sparta was incorporated on Dec. 3, 1821 and was named by an early local attorney, Thomas Watts, who named it for his birthplace in Sparta, Ga.

Sparta – like Pollard – was a wealthy town in those early years, boasting several hotels and the county seat of Conecuh County (Pollard was located in Conecuh County in those days).

The area even had the distinction of having the only doctor in the area, Dr. John Watkins, whose old office still stands along the Old Federal Road. The office is on what is now called Old Stage Road and would now appear to be an old corn crib or such but it was actually the only doctor’s office between the Alabama and Chattahoochee Rivers during the early settlement period.

To much the same extent as Pollard, the railroad was important to Sparta in those early years too. In 1856, the people of Conecuh County gave $85,000 in stock to aid a project to bring the A&F through the area. Yet to the dismay of the citizens of Sparta, the rail lines did not extend through the downtown area as they had at Pollard. The lines were constructed to the west side of Murder Creek about one and one-half miles from the downtown.

Merchants decided it would be in their best interest to move their stores closer to the railroad depot and therefore several stores moved in this direction, thus hastening the decline of the town.

Probably the greatest common thread shared between Pollard and Sparta was the destruction both towns faced as a result of the War Between the States.

The American Civil War came to the towns in full form late in 1864 and early 1865. In November 1864, General Steele’s troops raided Pollard and destroyed the depot. The Union troops also burned warehouses during the raid. Even though the Confederates pursued the 97th all the way back to Pensacola and inflicted heavy losses on its ranks, the damage to Pollard was catastrophic. The Union returned again in 1865 and finished the destruction to the town.

Even though Sparta did not have the large numbers of Confederate troops camped around the town, the area was important because it was the county seat.

General Spurling and his blue clad horde came to the town late in the war leaving death and destruction to anything in their path. Sparta was important not only because of its political significance but also because the road out of town went to Montgomery to the north and Mobile further south. Spurlings men displaced the rails at Owassa (Gravella), derailed the train, and took several prisoners before proceeding to Sparta itself.

Upon their arrival the troops stole all the silver and jewelry from any plantation along their route and from the town itself. While in the town they burned the depot, the trestle and the jail.

Sparta may have had a better hold on the title of county seat of Conecuh except that the courthouse burned shortly after the war. The county seat moved to Evergreen and Sparta soon moved into memory as the town slowly faded away. Pollard went on to suffer floods, yellow fever outbreaks, and economic downturns but has survived to the present.

Both towns share a rich history and their legacy can still be felt in the history of the area.

A portion of the research for this article is attributed to the book, Sparta, Alabama 1821-1866 by Pat Poole.