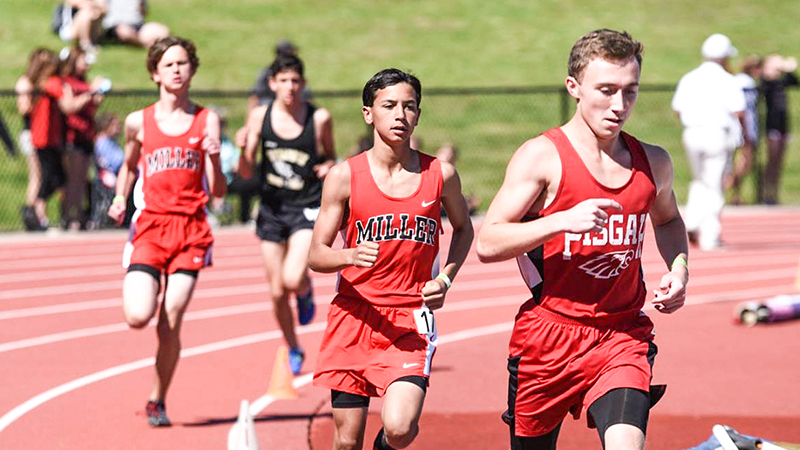 The T.R. Miller track team competed in state competition in Cullman this past weekend. The girls team finished second overall with a score of 98, trailing American Christian who posted a score of 147, while the boys’ team finished in eighth out of 29 teams.

Leading the boys’ team was senior Henry Davison, who earned first place in the triple jump with a distance of 43-–06.25. Davison finished eighth in the long jump and fifth in the 110-meter hurdles.

Other top finishes for the boys’ team were by A.J. Walker , Michael Campbell and Hayden Atkinson. Walker brought home the bronze medal in the 110-meter hurdles with a time of 17.13. Campbell finished sixth overall in the javelin. Atkinson finished eighth in the discus.

TRM track and field coach Eddie Brundidge said though the team didn’t ultimately finish where it wanted to be, it had some really good performances.

“We had some good performances from our young kids, Sara Scott, Olivia Blackmon, Jordan Thompson, Emily Morgan and Darius Webb, all of which are seventh and eighth graders,” said Brundidge.

“Enough can’t be said about Allie Nelson and Henry Davison. I’m proud of them and the rest of our senior group. The girls’ team have been state champs or runner-ups for the last seven to eight years.”

Brundidge expressed his thanks to all the many people that have helped make the 2017 season another successful year for T.R. Miller track and field.