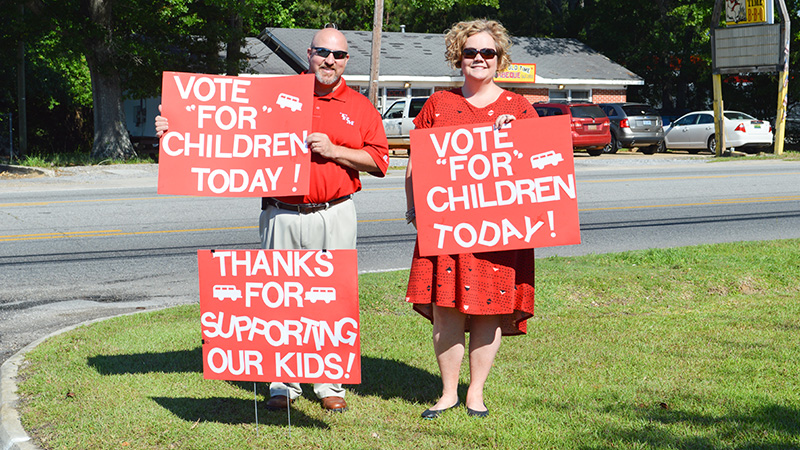 Residential voters have casted their ballots in overwhelming favor of the 5-mil ad valorem tax for the Brewton City School System.

“I’m so proud to be a part of a community that supports education,” said BCS superintendent Dr. Kenneth Varner.

“This was a tremendous statement by the city of Brewton. Their support will allow the tradition of excellence to continue.”

Out of 406 total votes at the Brewton City Hall and Alco precincts, 395 voters voted in favor of the tax, while  11 voted against it.

The last time the tax was renewed was in 1989, with a more than 97 percent approval rating.

In its more than 80-year history, the tax has generated funding for a number of different educational uses. Currently, the system receives approximately $300,000 annually from the tax.