Bell arrested for murder of girlfriend

The man accused of shooting his girlfriend during a night hunt near Pollard in December has been arrested for murder.

Shannon Bell was taken into custody Monday following a grand jury indictment in the death of Donna L. Martin. 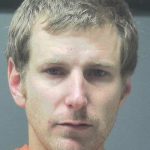 Martin claimed he was trying to shoot a deer at night and a struggle ensued over the gun, which discharged and killed Martin.

Bell was initially charged with manslaughter and a night hunting violation; however, after further investigation by the Escambia County Sheriff’s Office and the Alabama Game and Fish Division, the case was turned over to a grand jury.

Bell remains in the Escambia County Detention Center under a $150,000 bond.