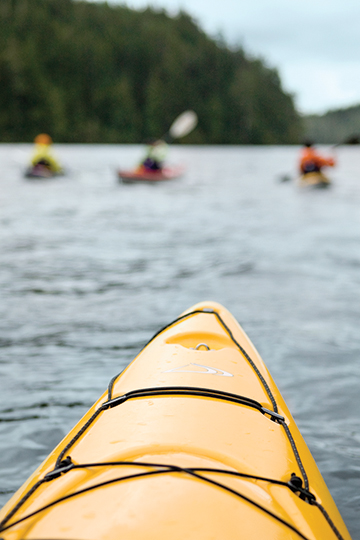 A float down the river turned scary for one local family Sunday after they had to be rescued.

“The group – which consisted of a kayaker and others on inner tubes – had lunch at Grissett Bridge and were headed to Magnolia Branch near the Sardine Bridge for their takeout,” Chief Deputy Mike Lambert said.

At 11 a.m., the group launched, but shortly before 1 p.m. began experiencing problems, he said.

“Their floats were snagging holes as they drifted down the creek, so the kayaker left and went on to the landing for help,” he said.

Just before 8 p.m., the kayaker – who was unsure of their location – contacted the ECSO for help who, in turn, notified the Poarch Fire Department.

The ECSO also contacted the landowner that parallels the creek in the area to assist in the group’s recovery.

“The landowner brought (the group) out about 9:30 p.m. near a private hunting club area – all safe,” Lambert said. “They were brought by truck to Grissett Bridge where their vehicle and other family members waited. They were cold and hungry, but OK and no medical attention was necessary.”

Lambert said while nice weather can make for a nice day on the river, one should take safety precautions before getting on the water.

“While floating trips are fun, and this time of year, they are popular and will be getting more popular as the year goes, make sure that you have a route planned,” Lambert said. “Also you need to know how long it takes and have an emergency plan in case the need arises. It is very difficult to navigate the waters plus being able to have access to the roads and banks can be difficult in case you need to be assisted by people. The weather can also be a serious factor.”