New charges have been added in the alleged child sexual abuse case against a Brewton man. 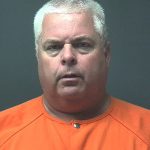 William Smith Sr., 56, was first arrested in February by the Escambia County Sheriff’s Office based on allegations from two victims. Later, the Brewton Police Department filed additional charges following claims were made two sets of victims.

Since then, the case has continued to grow, and as of Monday, Smith faced the following charges:

• two counts of sex abuse of a child less than 12;

• two counts of pornography distribution to a minor;

• enticing a child; and,

Last week, the BPD stated the case remains ongoing, and anyone with any further information is urged to contact one’s local law enforcement agency.