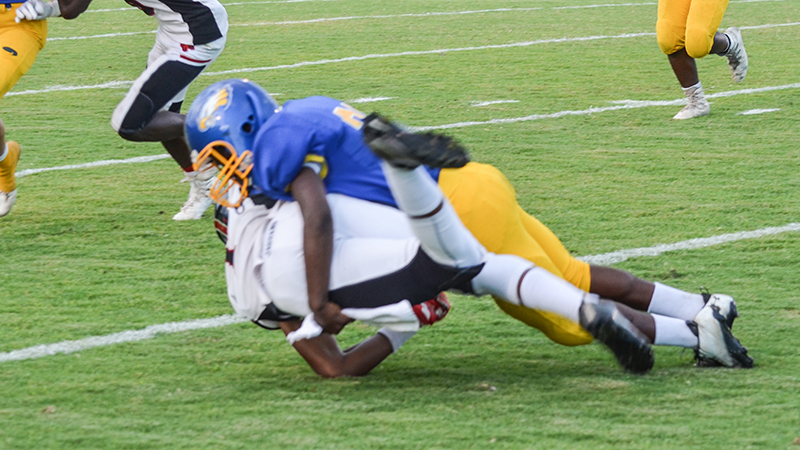 The W.S. Neal Eagles finished spring training this past Friday with a game against the Hillcrest-Evergreen Jaguars. It was a back and forth game with the Eagles taking over the lead in the fourth quarter. The Jaguars scored on it’s final drive of the game to take a 24-22 lead with nine seconds remaining. The lead held up as the final of the game, which was only played in three quarters.

First year head coach at WSN Andro Williams said despite the loss he said him and the coaching staff saw good signs from players to build on during the summer.

“The main thing in a spring training game is to see how your players react in game situations,” Williams said. “I was pleased with our mentality. We were down 12-0 early but we came back. A positive thing we did was not turn the ball over. We did give up the big play a few times, which is something we talked about before the game, but we’ll take a look at those and find a way to limit those mistakes.

Williams added that coming into a new system will take some time to figure out moving players in and out of the game.

“We got to build depth at the skilled positions,” Williams said. It’s an area will work on moving forward and figuring out the players to roll in and out in certain situations. The guys we had in there did a good job. We had some miscues but that’s typical. It’s early.”

The Eagles will open its season on September 1 Here’s a complete schedule.