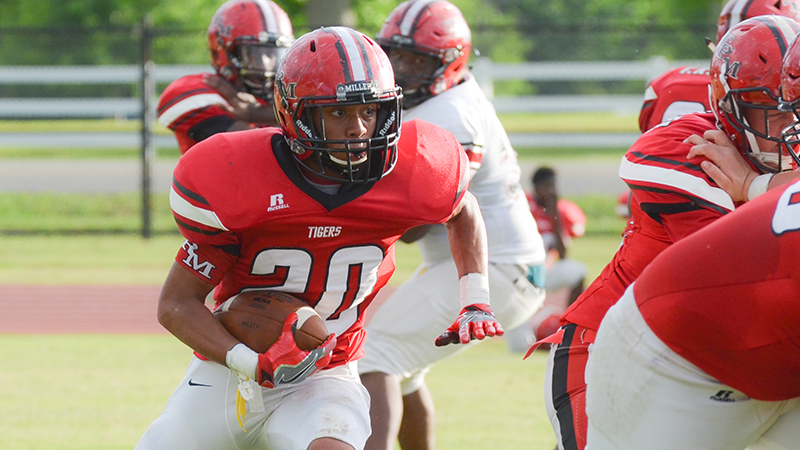 Second year head coach Andrew Thomas said he and the coaching staff left the field feeling good about the team’s outlook and physicality.

“We’re putting in a whole new system on both sides of the ball from a year ago,” Thomas said. “When you have only 10 days to work on the system there are going to be some breakdowns, but I really like our physicality. I thought our backfield on offense looked pretty good. We’ll be a work in progress going into the fall.”

The team will feature some fresh faces especially at the quarterback position. Joshua Jolly, Matt Smith and Blake Jernigan got some reps at quarterback. Stokes Jennings will look to get some snaps when he returns from a broken thumb.

“Whoever takes a snap under center for us this upcoming season will be taking their first snaps,” Thomas said. “With that being said I like what I saw from the group. Jolly had a good showing and Matthew is coming along. Blake is still learning. His future looks bright.”

Thomas said the strength of the team will be its defensive line, and that question marks reside on the offensive line and defensive backfield.

“We have some new players filling in significant spots along our offensive line, and on defense. There is no doubt in my mind we will be better come opening game. We saw some bright spots in our scrimmage and I was pleased.”

The Tigers will open up its season on September 1. Here is a complete schedule: