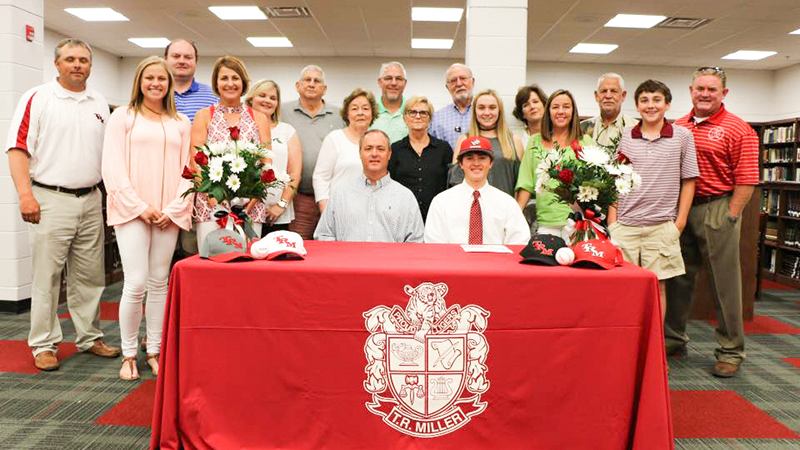 It’ll be hard to find anyone who had a better senior campaign at the plate than O’Neil White, or statistically a more improved player to wear a T.R. Miller Tiger uniform.

White’s spectacular season was not lost on Coastal Alabama Community College of Brewton head baseball coach Darrell Blevins, who kept a close eye throughout the season on White. 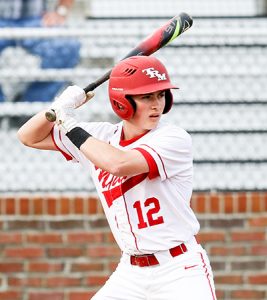 Ronnie Knowles | Down South Photography
In 34 games his senior season, White had a batting average of .450 in 129 plate appearances, was second on the team with 45 hits and 22 walks, and in the top-five in runs scored with 37.

“The offensive statistics (White) put up this past season were incredible,” Blevins said. “He had 30 RBIs for the year so not only is he getting on base but he’s knocking runs in. It’s the consistency in a 34-game season he had with T.R. Miller that separates him from other players and his character is impeccable. He’ll be a great fit for what we’re trying to do as a team on the field and off the field. He comes from a good family as well. We’re glad to have him aboard.”

Blevins said he looks for White to make a quick impact with the Warhawks.

“We’re looking for him to step in and to contribute immediately in the outfield and he’ll possibly see some time at second base too.”

White said it was after the Tiger’s season concluded with a loss to Gordo in the playoffs he made up his mind he wasn’t ready to hang up the cleats.

“After the Gordo series I felt I had some unfinished business to take care of,” White said.

“(CACC Brewton) offered me a couple weeks before and I really took some time to think about it, because I initially planned to go to Alabama and get a degree. I really made up my mind after that last Gordo game. I realized I wasn’t done.”

“It’s really something we didn’t really expect,” Mr. White said. “He had a really good year. I’m excited as I can be about it and he is too. I’m looking forward to watching him play some more ball.”

White predominantly batted as designated hitter in the sixth spot in the Tiger lineup, but throughout the season was inserted in left field and second in the batting order whenever the team needed him to come through. It’s this luxury T.R. Miller head baseball coach Kevin Madden said made his job easier.

“O’Neil was just a pleasure to coach,” Madden said. “He came to work every day and worked hard. He worked himself into a role beginning his junior year. His senior year he made a major impact. He was a solid, consistent hitter all year.

“It seemed like every time he stepped to the plate and we needed a big hit he came through for us. He’s going to be a player we’ll miss. The Warhawks are picking up a good kid, that works hard and plays the game the right way.”

White thanked Madden for trusting in his abilities on the field.

“This year was my first year starting on varsity,” White said.

“Coach Madden gave me a chance to show what I can do and I can’t thank him enough. All you can do is ask for a chance and he gave me one. I’ll forever be grateful for that.”

White said he’s looking forward to the competition at the next level.

“It’s going to be a lot different but I’m excited to see how it all plays out and how I can compete. We saw a lot of good pitching this year, and I expect to see that and more at the next level. I need to work on my mechanics and adjusting to the next level pitching.”

White said he plans to study business at CACC.