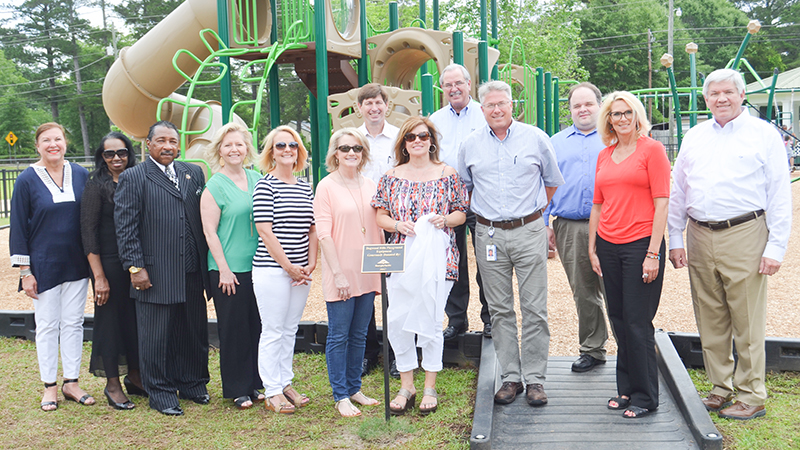 More than 18 years after a group of dedicated women worked to establish Rainbow Dragon playground in the heart of the city, the women and city officials gathered on Thurs., May 18, to dedicate a completely refurbished play area built through a generous donation from Georgia Pacific.

“There is no better investment than providing for healthy children,” said Mayor Yank Lovelace. “This by far is the most used public facility we have. I’d like to thank all those who founded this playground, and especially thank Georgia Pacific for their commitment to our city and to children here.”

Manufacturers anticipated the viability of the original equipment at 15 years, and at just more than 18 years, Georgia Pacific helped make new equipment possible for a new generation of health outdoor activity.