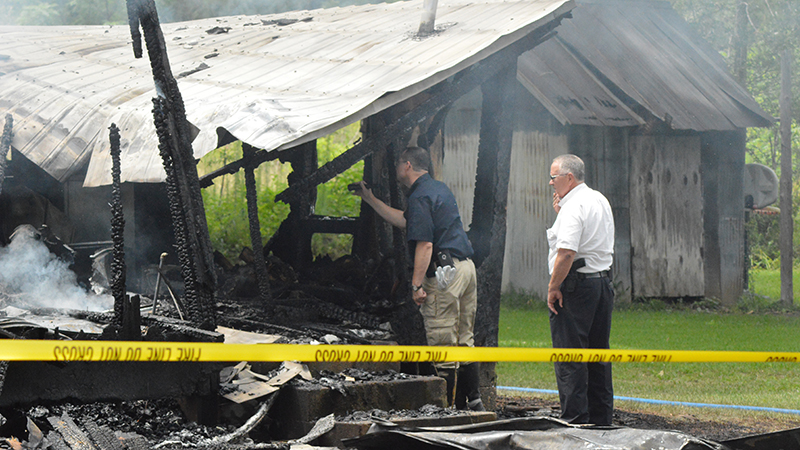 Stephanie Snodgrass I The Brewton Standard Law enforcement examine the remains of the home on Brigham Lane Tuesday.

A house fire claimed the life of a Brewton man Tuesday.

The fire was reported around 1:30 p.m. at 71 Brigham Lane after being spotted by the local mailman, witness reports indicated.

Family and neighbors identified the homeowner and victim as Charles Wilson.

No other details, including the cause of the fire, were immediately known as it remains under investigation by the Escambia County Sheriff’s Office and the Alabama State Fire Marshal’s Office.