The forgotten republic of West Florida 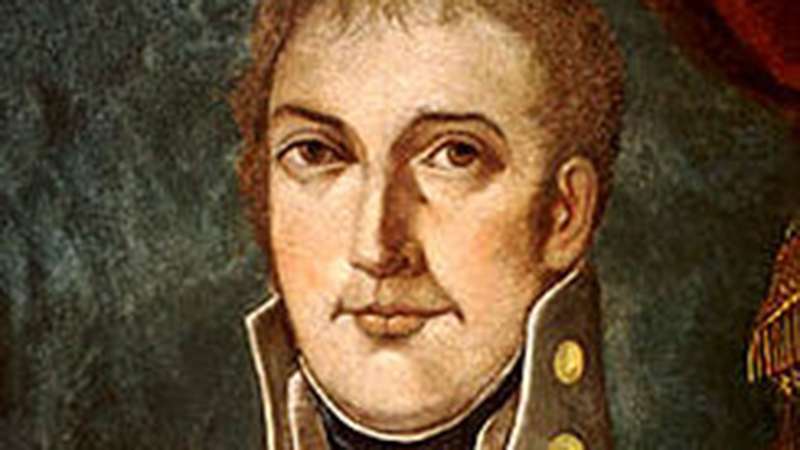 Courtesy photo William C.C. Claiborne refused to recognize the West Florida government which led the legislature to agree to accept annexation after some short negotiations.

STORY BY KEVIN MCKINLEY | ALL TH

It’s sometimes hard to envision that 200 years ago, our region of the country was a wild, untamed wilderness. Below the canopy of piney woods the various nations of Europe, along with Native American tribes, courted political intrigue and built empires which could rise and fall with the tides.

Against this back drop, the short lived Republic of West Florida was born. Many of us are familiar with the colonial settlements of Britain, France, Spain, the eventual founding of the United States and the later establishment of the Confederacy; hence the five flags we are so familiar with today. However, another flag, the flag of the West Florida republic, is often regulated to the footnotes of history.

The creation of the small nation began in 1803 when the U.S. claimed West Florida as part of the Louisiana Purchase, which was obtained from France. Spain, the grand-father of all colonial powers in the region, disputed that claim in that Spain held to the premise that they had conquered the region from England and that the territory had not been seized from the French by their armies.

Yet historically, before 1762, France had owned the land west of the Perdido River in West Florida. The Louisiana territory had been ceded from France to Spain in 1762, and re-ceded to France in 1800. The US and Spain did not agree to the status of the area and therefore proxy wars were fault, trade was risky along the border routes and no one was sure whether war with Spain might be the eventual result.

During the back and forth between the infant United States and the well-established Spanish empire, American settlers began to settle in the area and establish a foot-hold. Eventually the undocumented American settlers joined with the British settlers already living in the area to out-number the Spanish who had lived in the territory for generations.

The continued, unchecked migration of American settlers and British nationals already inside the region exploded like a powder keg on September 23, 1810. Rebels in the region overcame a Spanish garrison at Baton Rouge and ran up the flag of a republic which was born on that day.

The flag was comprised of a single white star on a field of blue. It was put together by Melissa Johnson, wife of Major Isaac Johnson, commander of the West Florida Dragoons, a local militia unit.

The new republic comprised territory south of the 31st parallel, west of the Perdido River to the Mississippi River but north of Lake Pontchartrain. The southern boundary was the Gulf of Mexico.

Ironically, none of modern day Florida lay within its small borders. The region known as West Florida had included present day Mobile and Baldwin counties in Alabama; all of the coastal counties of Mississippi and west through the central part of Louisiana to the Mississippi River. Yet the Republic of West Florida existed entirely from the Mississippi River to the Pearl River which makes up today’s Mississippi/Louisiana state line, although the tiny republic held territorial claims to the rest of the region laying to the east of the Pearl River.

Following the events at Baton Rouge, the rebels adopted the Constitution of West Florida which was based almost entirely on the US Constitution. The branches of government in the new nation also mirrored its northern neighbor.

The first and only “President” (he was called Governor) was Fulwar Skipwith, a distant cousin of Thomas Jefferson and pivotal American diplomat in the Louisiana Purchase. The capital of the new republic was at St. Francisville, which set on a bluff along the Mississippi River.

Following the events, Reuben Kemper led a daring, small band of rebels in a failed attempt to wrangle the Mobile District from the Spanish. If the raid had been successful, the infant republic would have stretched entirely from the Perdido River to the Mississippi River.

The Republic of West Florida existed for barely a month before US President James Madison proclaimed annexation of the region. William C.C. Claiborne was sent to take possession of the republic for the United States. Surely the locals would be pleased to know the United States had arrived to help in their affairs.

Upon arriving, Claiborne was surprised to learn that the West Florida government opposed annexation with the United States as Skipwith vowed to “die in defense of the Lone Star Flag.”

Claiborne entered St. Francisville with his army on Dec. 6, 1810 and Baton Rouge succumbed on Dec. 10. Claiborne refused to recognize the West Florida government and Skipwith and the legislature agreed to accept annexation after some short negotiations. The republic had lasted only 74 days but those few days had shown what the pioneer spirit could accomplish.

The short lived Republic of West Florida was a brief foot-note to history but one more stop along the long and winding road of our local history.