An Atmore man is custody following a home invasion, armed robbery and shooting at a Foshee home Monday.

“The caller said that black males had come into his house, and while inside, pulled a gun on him, struck him on the head with a handgun and then robbed him,” Lambert said. 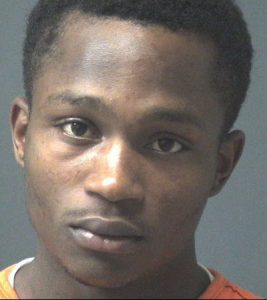 Then, the caller reported that as the males attempted to flee in dark blue SUV, he stepped outside and fired one shot from a single barrel shotgun.

“The driver of the vehicle was stuck in the shoulder and alongside the cheek with what appeared to be buckshot,” Lambert said. “They then fled from the home and went back to Brewton where two of the suspects left the vehicle and the other drove to a residence where they were taken to the hospital.”

Lambert said deputies, along with Brewton Police Department officers, responded to the Foshee Road home and at the hospital.

Mikeal Starks, 24, is now facing charges of first-degree robbery and first-degree burglary. As of Tuesday afternoon, Starks remained in the Escambia County Detention Center and is awaiting a bond hearing

Lambert said further arrests are anticipated in this case as it remains under investigation.

“Warrants for armed robbery are pending, and we are asking anyone with any information on this case please contact the Escambia Co. Sheriff’s Office,” Lambert said.