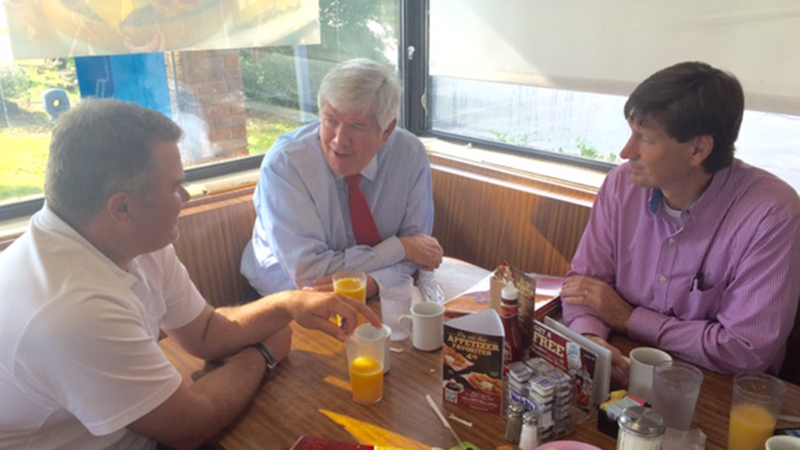 Ruzic, who has served as the agency’s assistant director for existing industry and project management since 2014, said one of his primary goals would be to continue the string of successes the organization has put together since the organization was restructured three years ago. He said  over that three-year period, Coastal Gateway has assisted in the creation of more than 600 jobs, helped acquire more than $15 million in incentive and grant funds across the region and achieved AdvantageSite certification for more than 1,500 acres of industrial property. Coastal Gateway has also assisted with more than $3.5 million in energy efficiency projects for existing businesses.

“As an organization, we will continue to recruit new opportunities into the region, but we will also have a major emphasis on providing all the resources available to help those existing industries currently providing jobs for our citizens,” Ruzic said. “If we can provide an environment in which our current businesses feel confident in their available workforce, their sustainability and their profitability, then we can help create more jobs and increase wage levels across our region.”

A native of Birmingham, Ruzic lives in Brewton with his wife, Molly, and daughters Grace, Steely and Jennings Ruzic. He came to Coastal Gateway with a background in institutional finance and project management, and most recently shepherded Coastal Gateway’s Energy Efficiency Initiative, as well as serving as Coastal Gateway’s point coordinator for the ACT Work Ready Communities Initiative. Both programs have been beneficial to all five of Coastal Gateway’s service counties.

Ruzic stressed the importance of regional cooperation going forward, especially given the competition for projects from areas outside both the region and state.

“As a regional alliance, it is important that we all continue to work together,” he said. “We must stand together to compete with the larger areas. A win anywhere in our region is an opportunity for everyone in our region.”

In addition to installing Ruzic as executive director, Coastal Gateway’s board of directors promoted Jess Nicholas to Associate Director. Nicholas, who also joined the organization three years ago, had previously served as assistant director for communication and research.

Johnson will remain with Coastal Gateway in a part-time capacity.