4 Tigers named to all state team 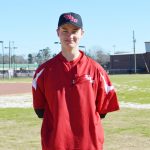 Williamson was also named Class 3A Hitter of the Year. In 34 games at the plate Williamson had a batting average of .616, with 45 hits, including eight homeruns, 41 RBIs, two triples and nine doubles. He scored 63 runs and had 47 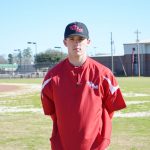 On the mound Booker had a 10-0 record with a 1.01 earned run
average. He had 112 strikeouts with 25 walks. Opponents’ batting average against Booker was .166. The flame thrower was also a presence at the plate. Booker batted .464 with seven home runs and 38 RBIs. He had five doubles and two triples. 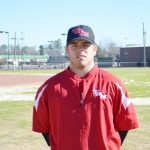 Brittain had a batting average of .505 and led the team with 53 RBIs and shared the lead with eight home runs. The Tiger clean-up hitter had a team high 13 doubles. Brittain was also a wall behind the plate with a .976 fielding percentage with 212 putouts and 30 assists.

Both Booker and Brittain are committed to play at the University of South Alabama.

Smith was a consistent hitter from the sixth spot in the lineup for the Tigers. He batted .421 with 41 RBIs. He had a home run and six doubles. At first base Smith had a .986 fielding percentage. 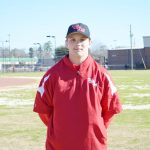 “I’m extremely proud of each of them for being recognized with the all-state honor,” TRM baseball head coach Kevin Madden said.

“They are all deserving and it is a very exciting time for our program. Glad to see their hard work, dedication, and their own field success pay off with this well-deserved
accomplishment.”

Nelson finishes at the top