The former W.S. Neal volleyball and softball coach arrested and charged with a sex charge involving a student is now facing three felony charges, in addition to the misdemeanor charge. 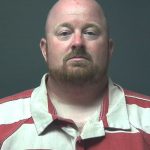 On Monday it was announced Jason Paul Blaney, 38, was charged with being a school employee having sexual contact with a student under 19, attempted sodomy I, sexual abuse I and enticing a child. Blaney was arrested Friday and bond was set at $120,000 Monday afternoon.

As of press time, Blaney remained in the Escambia County Detention Center.

The charges stem from a March 30 complaint from a student’s parent. Details of the complaint weren’t released.

Blaney, who also taught math, joined W.S. Neal in 2009, coming from Milton High School. He took over as head coach of softball in February 2016.

Anyone with any information in the case is asked to contact one’s nearest law enforcement agency.