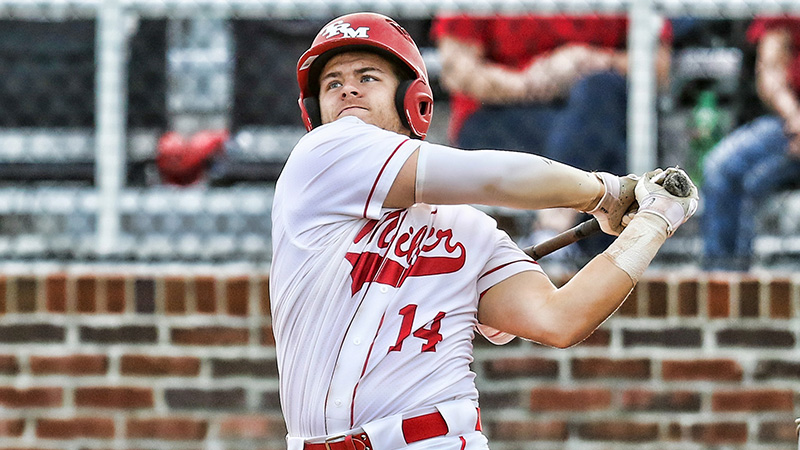 Hunter Brittian was drafted by the Los Angeles Angels in the 15th round on Wednesday. Photo by Ronnie Knowles | Down South Photography

Brittain was selected in the 15th round with pick 445.

In his senior year, Brittain had a batting average of .505 and led the team with 53 RBIs and shared the lead with eight home runs. The Tiger clean-up hitter had a team high 13 doubles. He finished his career batting .427, with 156 hits, 152 RBIs and 16 home runs.

Brittain was also a wall behind the plate with a .976 fielding percentage with 212 putouts and 30 assists as a senior.

The Alabama Sports Writers Association recently named him to the Class 3A Second Team All State.

He joins teammate JoJo Booker as the second TRM Tiger to get drafted. Booker was selected by the Angels in the fifth round. Both are committed to play at the University of South Alabama.