Too close to home 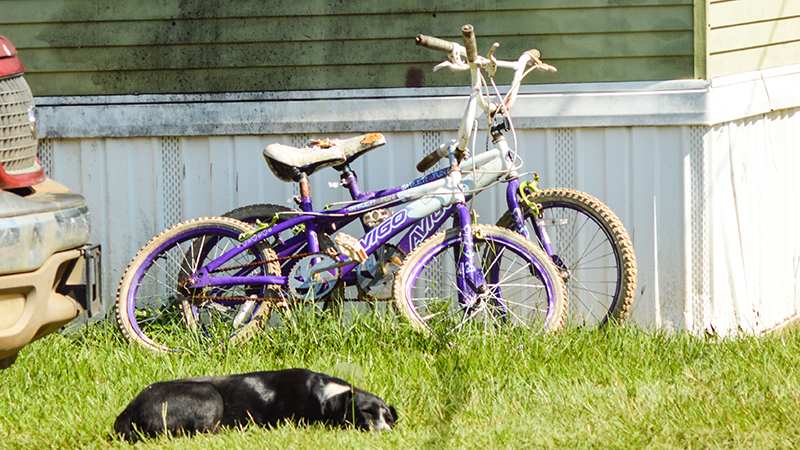 Girls’ bicycles stand against the side of Robert Howard’s neighbor’s home last week after he was charged in the death of a 12-year-old girl Thursday.

Bond was denied Friday for the East Brewton man and convicted sex offender arrested last week for the murder of 12-year-old Naomi Jones of Pensacola, Fla.

Law enforcement officers said Robert “Skip” Letroy Howard, 38, a resident of Woodland Ridge Trailer Park, was first identified as a suspect when law enforcement identified him as being in the area when Jones went missing on May 31. 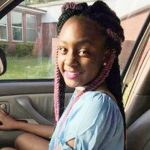 Jones went missing on May 31. She was found dead on June 5 in Pensacola’s Eight Mile Creek. Autopsy results showed she died of asphyxiation, which is a form of suffocation.

Jones was found on June 5 in Pensacola’s Eight Mile Creek. Autopsy results showed she died of asphyxiation, which is a form of suffocation. The report also revealed she could have possibly died within 24 to 36 hours after she disappeared.

Howard was reportedly seen in the area while visiting his girlfriend, and his vehicle matched the description of one seen on surveillance tape where Jones’ body was found.

During a Thursday morning press conference, Escambia County (FL) Sheriff David Morgan said Howard provided false information about his whereabouts during that time, saying he was in East Brewton. 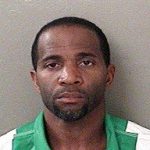 Morgan said Howard was a frequent visitor to Aspen Village Apartments, where Jones lived, because Howard’s girlfriend also resided in the complex. Investigators believe the girl and Howard were acquainted through interactions at the apartments. Though the sheriff did not say so explicitly, he also hinted that there may have been some social media interaction between the two.

Howard was convicted in 1999 in Escambia County (AL) for two counts of sexual assault and rape and served 15 years in prison.

Howard is now charged with first-degree murder, kidnapping and failure to register as a convicted sex offender. He appeared through a video monitor in the courtroom and chose not to speak, other than answering questions from the judge. Howard was denied bond on the murder charge and was assigned a public defender. 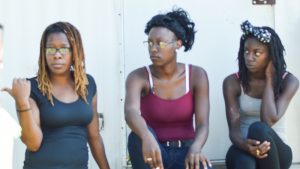 In East Brewton Thursday, neighbors of Robert “Skip” Letroy Howard were in shock.

Shock that someone they knew, who lived right next door, is now facing charges of kidnapping, killing and disposing of the body of 12-year-old Naomi Jones of Pensacola.

Groups gathered in all parts of the Woodland Ridge Trailer Park just before 10 a.m. as the federal agents and state and local law enforcement made trek after trek into Howard’s late 1970 singlewide trailer, looking for evidence against the 38-year-old convicted felon.

Escambia County (FL) Sheriff David Morgan said during Thursday’s morning news conference that Howard, 38, often “frequented” the apartment of his girlfriend in the Aspen Village apartment complex where Jones lived with her family.  Morgan said Howard’s girlfriend’s apartment is “very close” to the Jones family’s apartment and that he was known to the child.

According to Howard’s social media page, he claims Brewton as his hometown and is listed as an employee at Frit Car. He described himself as “I’m someone very few people know and someone they can never be.”

Howard’s neighbors said the man was a “loner” who talked to no one.

“He threw his clothes in the car and left,” Bradley said. She said in the six months she’s lived in the park, she’d seen him only a handful of times.

One by one, neighbors voiced their anger.

“I can’t believe anyone – let alone someone who lives here – would do something like that,” Bradley said. “It makes me sick.”

Jones was reported missing May 31, and her body was found approximately four miles away by fishermen in Eight Mile Creek on Monday.

Investigators came into contact with Howard as they canvassed the neighborhood after Naomi was reported missing, Morgan said. He said that Howard gave authorities “false information” that he was in Alabama when the child disappeared.

Surveillance video from residents allegedly captured Howard’s vehicle by the creek where Naomi’s body was found. Investigators put him under surveillance and took him into custody soon after. He was booked into the Escambia County (FL) Jail at 4:26 a.m. Thursday.

The hidden dangers of social media use is real on a local level after the arrest of an East Brewton man accused of murdering a 12-year-old girl in Pensacola.

Robert “Skip” Jones is currently being held without bond on charges of kidnapping and murder following the discovery of Naomi Jones earlier this month. Jones vanished from a Pensacola, Fla., apartment complex May 30, and law enforcement said the app “Marco Polo” could have played a role in her disappearance and eventual death. Exchanges on Jones’ phone were said to be sexual in nature, law enforcement reported.

Marco Polo bills itself as a video walkie talkie — a video chat app sends quick messages. Unlike the popular app, Snapchat, videos sent through Marco Polo can be saved.

The ability to connect instantly to others via the Internet is not new. As time passes, so does the prevalence of phone usage by people of all ages, and parents continue to ask, “How do we keep our children safe?”

We asked Brewton Standard Facebook users to weigh in.

But Marie O’Leary was on the opposite end.

“I think we need cell phones for our kids today,” she wrote. “It’s a different world out there. We monitor the phone. He cannot download apps and we keep up with Instagram and watch what is posted.”

Many parents agreed. Some offered suggestions to other parents on how to “keep up” with their children online.

“Honestly there are so many apps out there that look like games, one tends to have their head spinning after finding out how many,” Jamie Downham wrote.

Cheryl Kennedy Hines wrote that her daughter was not allowed a cell phone until she turned 15.

“And I always did random phone checks,” Hines wrote. “I went through her friends lists and who she followed on Instagram. If I thought they were unsavory, too old, or if she didn’t ‘know’ them, they were deleted.”

Lisa Kiser Harris, and the majority of other parents said, all friend requests must be approved by a parent.

“And I go through her phone often,” Harris said of her daughter. “If someone who I don’t know contacts her, I inform them to not contact my daughter again. Why do I do it? In today’s world why wouldn’t you? Adults or even teens can’t be trusted. Not even your on child in most cases.”