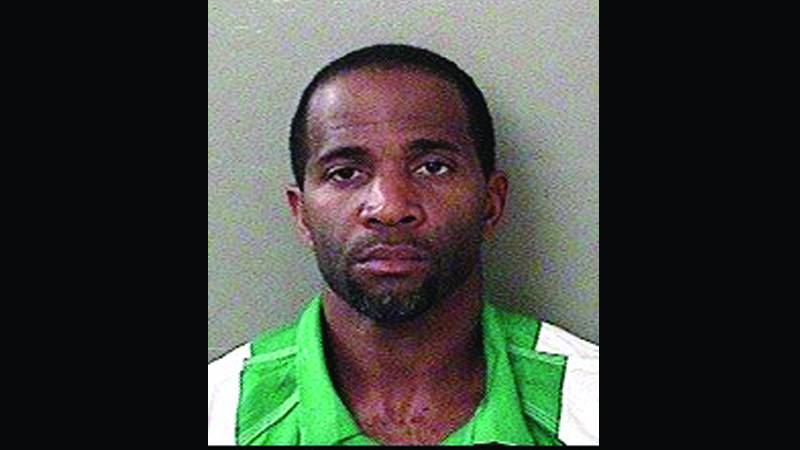 Howard indicted in murder of girl, 12

The East Brewton man accused of kidnapping and murdering a 12-year-old Pensacola, Fla., girl could face the death penalty if convicted.

Robert “Skip” Letroy Howard, 38, is currently being held without bond in the death of Naomi Jones.

Howard, a resident of Woodland Ridge Trailer Park, was first identified as a suspect when law enforcement identified him as being in the area when Jones went missing on May 31.

Jones was found on June 5 in Pensacola’s Eight Mile Creek. Autopsy results showed she died of asphyxiation, which is a form of suffocation.

Florida State Attorney Bill Eddins announced the death penalty decision at a Tuesday press conference and cited Howard’s Escambia County (AL) convictions and Jones’ alleged kidnapping as basis for the capital punishment. Howard was convicted in 1999 in Escambia County (AL) for two counts of sexual assault and rape and served 15 years in prison – both sexual violence offenses committed by use of force on victims under the age of 18.

Eddins said Howard was indicted Tuesday by a Florida grand jury for first-degree premeditated murder, with the underlying felony of kidnapping.

Unlike Alabama where most grand juries are empaneled every quarter for all felony cases, Florida requires certain circumstances for the empaneling of the 21-person panel that serves for six months.

Eddins said the decision to pursue the death penalty was not made lightly; however, Jones’ family was pleased with the announcement.

“When we do recommend the death penalty, we consider aggravating factors, in this case, (Howard’s) two prior sexual battery convictions,” Eddins said. “Many times you don’t see that in other cases. Then, there is the kidnapping charge too. We don’t see 12-year-olds kidnapped and killed. That was a factor in our decision.

“The death penalty is difficult for a prosecutor to obtain in Florida,” he said. “It requires a unanimous verdict (by the jury), and (the state) must prove the aggravators unanimously.

“There are a lot of safeguards built into the system when we seek the ultimate punishment,” he said.

It could be two years before the case goes to trial, Eddins said.

“There’s a ton of documentation, which the defense is entitled to; a large number of agencies involved and a lot of witnesses,” he said. “It takes a lot of time to review the case on the side of the defense. These cases, by their very nature, must take between 18-24 months.”