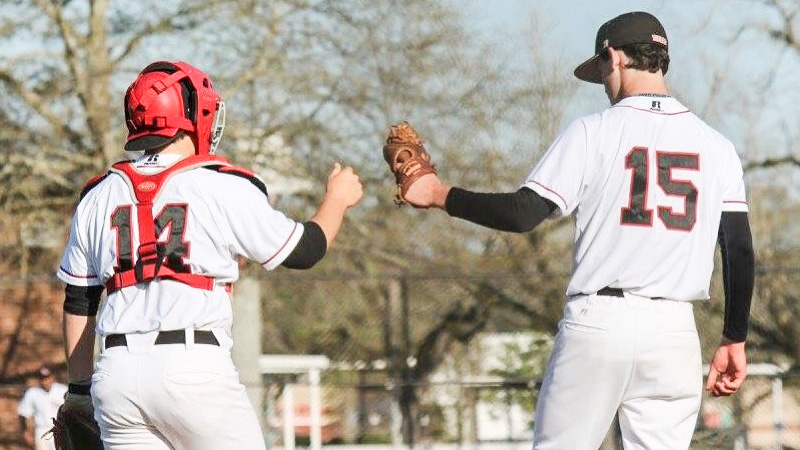 Two best friends – from little league and all-stars and high school baseball – may soon continue in the “big league” after being drafted by the same Major League Baseball team.

It sounds like a dream, perhaps a well-written script for the movies, but that’s not the case for T.R. Miller’s JoJo Booker and Hunter Brittain.

On June 13, Booker was selected in the fifth round of the Major League Baseball Amateur Draft by the Los Angeles Angels. The following day, the Angels selected Brittain in the 15th round.

Prior to the draft, Booker visited with the New York Yankees and Miami Marlins. “I felt the most interested team to draft me were the Yankees,” Booker said. “My advisor called me and said the Yankees or Marlins are planning to take you in the sixth round. Then the Angels took me.”

Booker remembers seeing his name on the draft board as a day filled with confusion because of the lack of phone service in the city.

“My mom went to Taco Bell to get service and text my advisor to call me on my her work phone because it’s a landline,” Booker said. “We sat in my mom’s office from 11 in the morning to the time I got drafted. We kept up with the draft on mlb.com. When the pick got to 144 the computer froze. That’s when my advisor called me to give me the news the Angels drafted me. It was a crazy experience, definitely something I’ve never been through.”

Brittain said he was eating at the Main Event with Booker and friend Drew Williamson when a scout reached out.

“He texted me and said listen up,” Brittain said. “I wasn’t quite sure what he was talking about. Then I get a call about five seconds later and he asked did you hear the news? The Angels had just drafted me right then. It was pretty cool. I didn’t know I was going to go that early. I thought it would be later that day.”

Both men are committed to play baseball at the University of South Alabama. So the important question– college or professional ball?

“I’m pretty much decided,” Brittain said. “I want to go to South Alabama. To me I think I’ll be better off with three years under my belt with college baseball and I’ll get a little bit more money.”

Booker said he is leaning towards college. “I haven’t told the Angels yet,” Booker said. “I’m going to take a week and play in the (World Wood Bat Association) tournament in Georgia. I told them I’d let them know my final decision then.”

A future in college baseball looks to be the case for the two friends. Brittain said playing with Booker has been the dream before Major League Baseball came into play.

“Going to Omaha will be a big goal and winning games,” Brittain said. “That’s what I’m looking forward to the most.”

“We’re best friends, but it’s not just the two of us that will play at South Alabama,” Booker said. “We have another friend, Andrew Cash, from Flomaton already there. There are a few more guys I’ve played with on the team too. We’ll have a close relationship with the team as soon as we get there.”