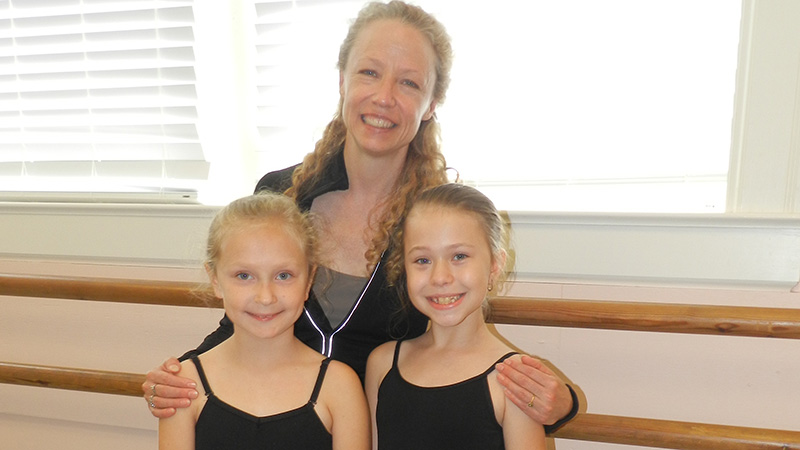 Logan Pettis and Kyla Trippe were among the students studying with acclaimed dancers Amanda McKerrow and John Gardner at the Andalusia Ballet’s Summer Intensive.

Forty-four students and five guest dancers – including two from Brewton – have spent the past week studying with acclaimed dancers Amanda McKerrow and John Gardner at the Andalusia Ballet’s Summer Intensive.

McKerrow and Gardner are a husband-and-wife team who spent most of their stage careers with American Ballet Theatre in New York City. McKerrow joined ABT under the direction of Mikhail Baryshnikov in 1982, and became a principal dancer in 1987.

In 1991, he joined Baryshnikov’s White Oak Dance Project, dancing with the company for five years in the United States, Europe, Asia, South America and Australia. He returned to ABT in 1996.

The pair now travel and work as teachers and coaches. McKerrow said they learned about Andalusia Ballet through their colleague Wes Champion, with whom they danced in New York.

“I knew Wes taught here, and he liked Meryane so much,” she said of Andalusia Ballet founder Meryane Martin Murphy. “We are always on the lookout for people who are of like minds, who are doing things for the right reason. It’s like getting at the heart of what we do.”

Murphy also invited five professional male dancers to participate in Summer Intensive, and added a pas de deux class to help Andalusia Ballet dancers become accustomed to dancing with a partner. While Andalusia Ballet actually hired the professional male dancers to be here, an added advantage for them was the opportunity to study with Gardner and McKerrow, Murphy said.