Headed to the NBA 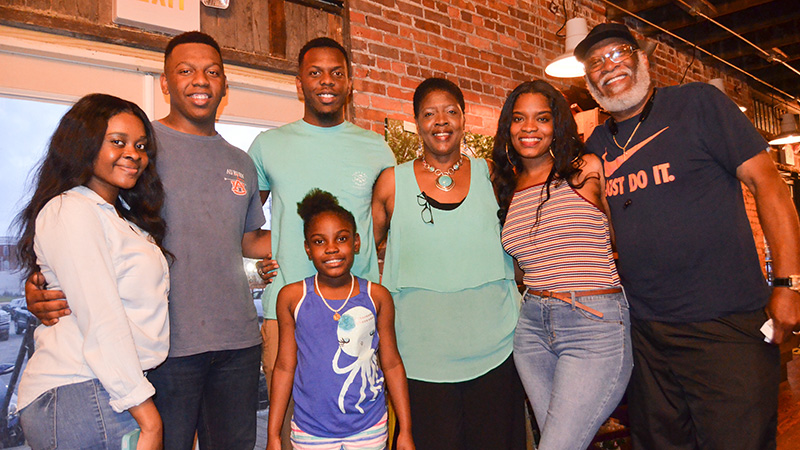 Morris selected by Denver in 2nd round

As family and friends joined together at Camp 31 BBQ in Brewton last Thursday to celebrate the impending good news of their loved one Monte Morris getting drafted into the NBA, nearly 1,000 miles away in Michigan, Morris was awaiting with anticipation as well.

The wait was over before midnight, as Morris was selected in the second round by the Denver Nuggets with the 51st pick.

Among the family in Brewton at the draft-watch was Brewton native Evelyn Daniels, mother of the late Michael Williams, the father of Morris.

Daniels said Morris was in the ninth grade when she can remember seeing him play at his youngest.

“Even then I saw his potential,” Daniels said. When he got older, she travelled to Florida, Texas and Oklahoma to see him play college basketball with Iowa State.

Morris’ father Michael played basketball at T.R. Miller High School. He would go on to play at Howard College in Big Spring, Texas and Faulkner University in Montgomery.

Williams traveled to Flint, Mich., for a pro softball tryout. It was there he met Morris’ mother, LaTonia Morris. Williams passed away in 2011.

Morris grew up in Flint where he attended high school and earned numerous accolades on the court.

After being courted by a number of colleges, he decided to attend Iowa State University, where he eventually worked his way into the starting lineup at point guard as a freshman. He remained the starter through his senior year leading Iowa State to the second round of the NCAA tournament.