Rolling with commerce in the Old South 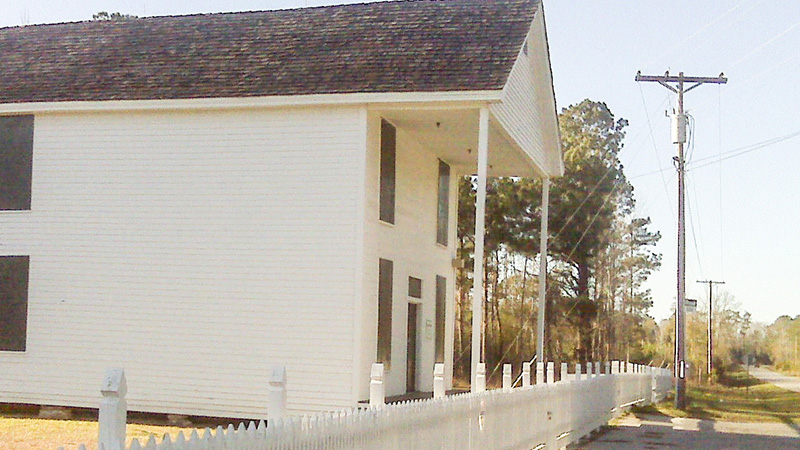 After the war, with the advent of sharecropping, the appearance of the old country store became a fixture in the rural South.

The decades that followed the War Between the States saw dramatic changes in the way people conducted day-to-day business in relation to shopping and trade. Around the time of the war, salesmen would ride the rails or walk to the various towns carrying a variety of goods on their back or offering to sharpen scissors or knives for housewives.

After the war, with the advent of sharecropping, the appearance of the old country store became a fixture in the rural South. During the same era older forms of transportation and trade continued to thrive. The riverboats of Alabama continued to make stops up and down the waterways of the state and people would often walk with a heightened step as they heard the boat’s whistle as it rounded the bend in the river.

The boats carried anything that an early 20th century shopper could want. The ships would often start at Mobile and work north, the landings which were closer to Mobile usually received the first choice in merchandise and as the boat moved further north, fewer options remained for the buyers. As better roads changed the landscape, the river boat’s importance began to subside.

As the automobile age reached the South other changes reached the region. Roads improved and communities became interconnected just in time for the rumbling sound of steel trucks banging along the pot hole laden dirt roads. It was the early 1920s and the age of the rolling store had just arrived.

From the 1920s until about the 1960s the rolling store was a convenient and efficient way for those living in the backwoods and on farms in the region to resupply their pantries and shelves.

The rolling store was usually constructed from a truck frame or bus which was modified to create a store on wheels. One rolling store owner built his store from the chassis of a one and a half ton truck with a sixteen foot bed. Others were simply school buses which had shelves and boxes constructed to provide the “on-the-go” service required of their trade.

The goods sold from the trucks were legendary. Housewives would buy their flour from the rolling store and brands such as White Tulip and Martha White were household names. The sacks were saved and made into dresses for the girls or saved for making quilts. Hoop cheese and rind cheese were much desired products which sold well from the trucks. Candy bars such as Milky Way, Snickers, and drinks such as RC were popular as well.

The rolling stores also sold kerosene which was a necessity in winter. Also known as “coal oil,” the truck owners would fill their tanks before beginning their route and would often sell the kerosene to a farmer who would take it home in a gallon jug often with a corn cob used for a stopper.

The store drivers preferred to be paid in cash but often credit was a necessity and the rolling store would extend credit based on the farmer’s coming crop. This was an essential way of doing business, especially during the 1930s when the Great Depression afflicted not only the southeastern US but the entire country.

Locally, rolling stores were as much a fixture of the landscape as they were anywhere else in the South. At places such as Boatyard Lake, the sound of the rolling store’s horn gradually replaced that of the riverboat’s whistle and by the 1930s most groceries and goods were either sold by the rolling store or in Danny Hall’s commissary located at the landing.

In Flomaton, the Driskell children would buy candy and RC colas as their mother purchased a variety of provisions from the store on wheels. More than one dress for the girls was made from a White Tulip flour sack.

Eventually the old rolling store went the way of the riverboat. The post-war prosperity that followed World War II spelled the beginning of the end of the era of the rolling store. Chain stores, such as Woolworths and others, began to appear in towns even before WWII and as prices were lowered in the brick and mortar stores the rolling stores found it hard to compete.

By the late 1960s the stores were a thing of the past in most areas of the South. Even though their time came and went like a cool autumn breeze, the effect of the rolling store left an indelible effect on those who enjoyed the simple pleasures of shopping from a store on wheels.