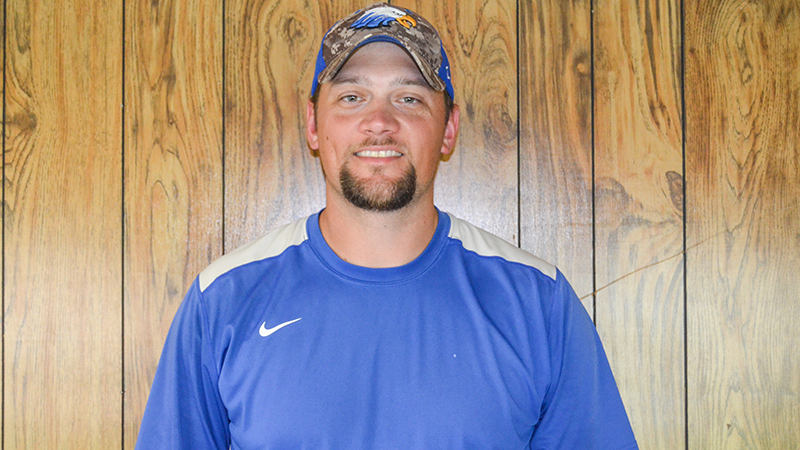 Drew Luker began his coaching career as a fulltime assistant coach at Demopolis. He served as defensive coordinator for two years at Demopolis prior to joining W.S. Neal in the same position.

Earlier this year, W.S. Neal introduced its new head football coach Andro Williams. In May, the Eagles welcomed a new addition to the family, Drew Luker, who will serve as defensive coordinator for the varsity football team.

Coach Williams said Luker will make a great impact as a football coach, teacher and professional in the community.

“He comes from a good family,” Luker said. “I actually played under and coached with his dad (Stacy Luker) at Sweetwater. Then I coached him. Coach Luker loves the game and loves trying to help make the student-athletes be the best they can be on a consistent basis. He was always a humble guy that focuses on the business at hand.”

Luker graduated from Sweet Water in 2008. Showing promise as a spectacular athlete on the football field he went on to play at the University of Alabama-Birmingham as a linebacker. It was at UAB he earned a degree in history in 2012. He began his coaching career right out of college as a fulltime assistant coaching linebackers at Demopolis. He held the position for three years while earning his master’s degree in education from the University of West Alabama. He was promoted to defensive coordinator at Demopolis in 2015 where he coached for the last two years.

Luker said joining W.S. Neal was a leap of faith for him and his family, but ultimately felt it was in God’s plan.

“When God opened the doors for the opportunity to come here, we had the feeling this is where the Lord is leading us. This is where we need to be. My wife and I are excited about it. Being here we’re stepping out our comfort zone of some of the things we’re used to. We were at Demopolis for five years. We made a lot of friends, so coming here was definitely a change.”

Luker said his relationship with Williams dates back to his high school days.

“I played under Coach Williams when he was defensive coordinator under my dad at Sweet Water,” Luker said. “When he was at Linden, he was still close to Demopolis so we saw each other a bit. During the summer we’d do workouts against them. We’ve known each other quite awhile.”

“My dad was a huge influence on me,” Luker said. “Just growing up around football, being around it every Friday night and summer long it was nonstop for us. He has been a head coach pretty much all my life. When I was born he was an assistant at Sweet Water, going into kindergarten he got his first head coaching job at Washington County. Growing up I always thought that’s what I wanted to do,” he said. “I didn’t have any other factors driving me any other direction. When I graduated from high school I knew I wanted to be a football coach. I got my education degree and here we are. I love doing it.”

Luker joins a team that finished 3-7 overall last year. The defense allowed the third most points in its region. Luker is not lost on the work ahead but also wants to make an impact in student’s lives off the field as well.

“As a coaching staff we’re working the players right now and getting after it,” Luker said. “We hope to be successful.  All and all I’m looking forward to making an impact with more kids I don’t know. I know some through football. But in time interacting in the classroom and in the community that number will grow and I’m looking forward to that.”

Luker will teach history at WSN. He and his wife Brooke have two kids, Knox who is two years old, and Rye, who is eight weeks old.