TRM cheer racks up the awards at Troy 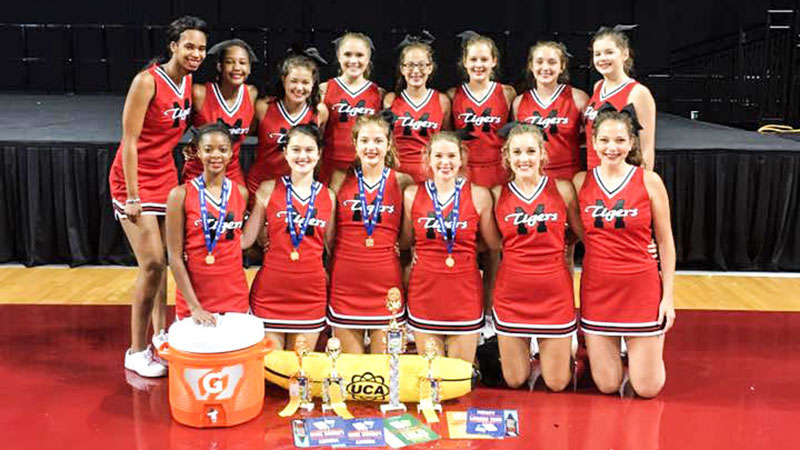 The T.R. Miller cheer squad racked up the awards at UCA camp at Troy University this past week.

The team earned the coveted Top Banana award given to the squad that most exemplifies what being a cheerleader means. Also the team earned Gold Superior in every category, and second place in Game Day Cheer overall.

Junior, Dejah Askew and senior captain, Hannah Lisenby were both chosen by UCA staff for the Pin It Forward award. Both were named All-American cheerleaders, as well as senior teammates, co-captain Anna Kate Brittain and Tori Knapp.