300 jobs to locate at course 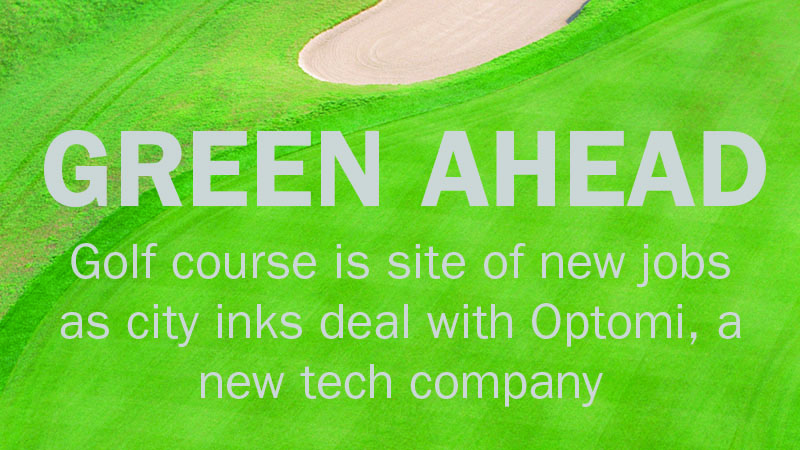 The City of Brewton Monday finalized a $6.5 million tech deal that will bring, at its peak, 300 new jobs to the former Dogwood Hills Golf Course.

In June, city officials announced it was partnering with Optomi, LLC, a tech-staffing firm with eight locations around the nation, including Atlanta, Dallas, Baltimore, Denver and Charlotte, N.C.

Monday, the particulars of that partnership were officially announced by city and state, economic development and corporate officials.

Brewton beat out other locations in the Carolinas, Tennessee, Georgia and other sites in Alabama, officials said.
“What sold us on Brewton was its people,” Ruggiero said. “This is a growing, diverse community, and we’re interested in being part of that community and good stewards of Brewton.”

Funding for the project comes from city and state sources, including a $1.5 million appropriation from Gov. Kay Ivey’s discretionary fund.

“(Ivey) made it clear from the stat that she was behind new technology coming to Alabama,” Mayor Yank Lovelace said. “Just as we were to ensuring that those jobs come to Brewton. This project was a culmination of the work of so many, and we couldn’t be prouder to welcome the company to Brewton.”

For months, advertisements were published stating the company’s need for software engineers. Optomi’s first training class of 12 began Monday. Now, the search is on for staff for the next class in August or September, Ruggiero said.

The company is currently being housed in the former Cracked Pot on Belleville Avenue. Those interested in applying are encouraged to visit.

Once staffing levels reach 50, construction will begin on the first of three buildings, which at completion will boast a combined 65,000 square feet of space.

The company will offer third party IT solutions and help desk for Fortune 2000 companies such as Berkshire Hathaway, JPMorgan Chase, Wells Fargo, Apple, ExxonMobil and Toyota.

Ruggiero said the corporate mission is to “connects those in the tech field such as project managers, business analysts and technologists with positions in mobile technology, network design and cloud and application development careers.”

“That old saying that ‘it takes a village’ couldn’t be truer in this case,” he said as he thanked not only the council but also those at Coastal Gateway Economic Development Alliance; the city’s team of accountants, attorneys and staff members, and the state officials like Ivey, the state department of commerce and economic development and community affairs.

This project is the latest in a string of positive economic development announcements, including Frontier Technologies location and a major expansion at Cashel Flooring & Beams.

“Our team has worked relentlessly to make our city a better place for its citizens every day,” he said. “And that (made Monday) even more special and rewarding as we continue to move our city forward.”

Resident Chris Fields is among the first boot camp 12.

“I’ve worked in the tech industry, and I can tell you – this company knows what it is doing,” Fields said. “I was one of the ones who came and spoke out against the golf course closing. As a resident of north Brewton, I can tell you that people will be pleased to have (Optomi) as a neighbor. This is one of the greatest things to have happened in Brewton.”