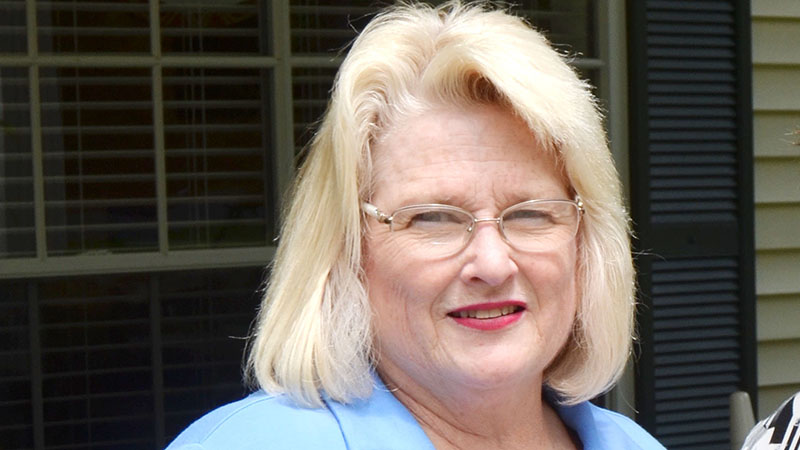 Lynda Leigh Stringfellow is director of The Meadows in Brewton.

Who would have thought that a tennis player would become the director of The Meadows?

Well, that is just what has happened in the case of Lynda Leigh Stringfellow. As director of the facility, she said she found her calling in looking after and loving the residents there.

“I never thought about becoming a part of a program to help people who are a bit challenged in life,” said Stringfellow. “It is probably because of the care that my own grandparents needed that got me started. They were elderly and needed help with lots of things. We lived nearby, and I was able to be there to help out. I love the residents we look after at The Meadows.”

The Meadows is an assisted living facility for those who no longer can take care of themselves but are not ready for full-time care.

Meadows residents can participate in a variety of activities; however, attendance is not mandatory. They are encouraged to make as many decisions as they can on their own, but some of them also enjoy their own privacy in their rooms.

“I enjoy their company, and they sometimes are ready and willing to have conversations, but sometimes they just want some alone time,” Stringfellow said of the residents.

Stringfellow is in her element at The Meadows and has been the director of the facility since 2012 when she came from West Gate Social Services. Both the West Gate Nursing Home and The Meadows are a part of Crowne Health Care.

Stringfellow was approached and asked if she would move over from West Gate to The Meadows, and the rest is history.

Born in Brewton, she is a 1979 graduate of the T.R. Miller, the school where her mother taught for 32 years. She earned a tennis scholarship to Jefferson Davis Junior College and later transferred to the University of South Alabama and graduated in 1983. She got degrees in tourism and commercial recreation and also in business. She was fresh out of college when she moved to the Kiawah Island Resort just outside Charleston, S.C. She was in charge of the tennis program until 1987. She moved to Navarre and got into retail as a retail manager for a couple of years.

She worked with Kay Jewelry in University Mall and Cordova Mall in Pensacola and in 1992 she married Allen Stringfellow who was also working for Kay Jewelry as district manager.

They made a couple of moves in their work until they got out of the jewelry business and moved to Brewton. In 1996 they, along with her brother, Robby, opened Magnolia Belle, a computer provider and repair shop.

This was in the early days of what was to become a major player in the business world. Magnolia Belle was one of the first, if not the first, business of its kind in Brewton.

After a few years they closed the business, and Allen went to work at Navy Federal in Pensacola, Fla. Stringfellow stayed at home with her doggie children, Checkers and Domino.

During this time, she was out of the working field and spent a lot of time with her grandparents.

“I enjoyed the time I spent with them and that is where I learned to love and admire looking after older people,” she said.

“I love the work here at The Meadows, the people and everything about it. We don’t have a large number of residents and it gives us the time and energy to see that each of them have plenty of attention.

“We are licensed for 16 residents, and we have four full time employees,” she said. “We also have eight part time workers so we can spend more time with each of them.

“Our residents receive assistance, but they are allowed plenty of freedom to go and do things on their own or have visitors,” she added. “We have events happening all the time and even have our own beauty shop.

“We are all really dedicated to looking after our residents and they all seem to be happy.”