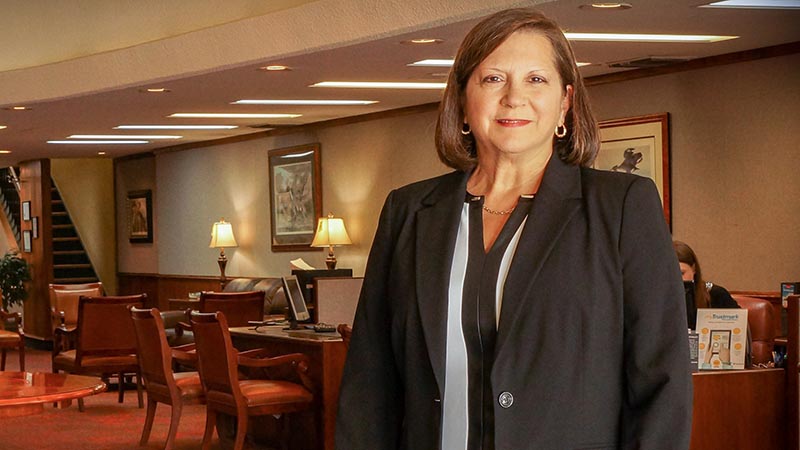 New manager of the Brewton north side branch of Trustmark Susan Reeves has 37 years of banking experience.

It’s a familiar face in a familiar place, Trustmark Bank officials said as they announced Susan Reeves as the new manager of its Brewton north side branch.

Reeves has 37 years of banking experience. She began her career as a bank teller with the Union Bank in Castleberry, which later became BB&T. Over the years, she transitioned to a number of positions to include head teller and customer service representative. While at Trustmark (then-First National Bank), she began the Premier 55 Program.

“Most people recognize it as the travel group,” Reeves said. “I am so thrilled to see that people still enjoy that.”

She has also served as a branch manager at the bank’s East Brewton location. She later went to work for First Exchange Bank, where she served as its branch manager for nine years before transitioning back to Trustmark.

“I love banking so much because I get to meet so many interesting people,” she said. “Every day is different, and every day is an opportunity to help someone.”

She said she is looking forward to getting to know Trustmark’s customers.

“I can’t wait to reacquaint myself with some of them, and to have the chance to help meet their financial needs and expectations,” she said.