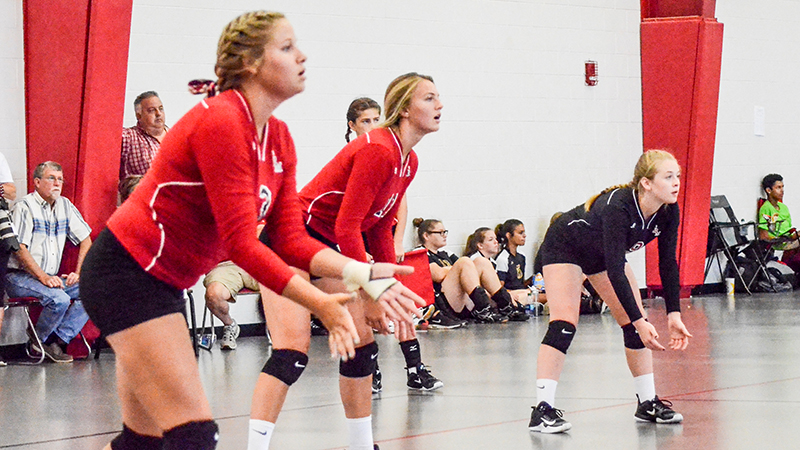 Anna Grace White, Steely Ruzic and Addi Smith are on the defensive as the Lady Tigers take on Opp./ Corey Williams | The Brewton Standard

The 2017 T.R. Miller volleyball team had its first test of action from opponents this past Thursday. The varsity, JV and middle school teams all went undefeated against their respective opponents. 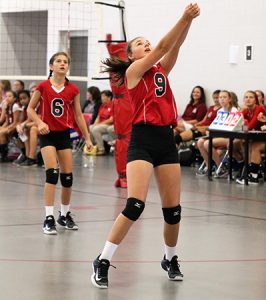 No. 9 Ansley Till returns a volley as teammate Jennings Ruzic looks on./ Photo by Allison Terrell

“We always have some great teams come down to participate,” Thompson said. “It’s always a great time to see where our weaknesses lie. It gives us an opportunity to make corrections and set goals before our first official match in August.”

The Lady Tigers will boast several new faces after losing seven players from a year ago. Seniors Myra Reiss, Steely Ruzic and Mary Madison Brown will serve as leaders for the team.

“They have done an awesome job showing our younger players how things are supposed to be done in our program,” Thompson said. “Those three have been a part of TRM volleyball since seventh grade. They know the expectations and won’t let our team settle for less than what we are capable of achieving.

“ (Ruzic) will be a strong outside hitter and middle back player for us this year,” Thompson continued.

“(Brown) is going to be a great presence for us on the front row. (Reiss) will be one of our setters and middle hitters.”

(White) will be a hitter in the front row and middle back,” Thompson said.

“She is very knowledgeable about the game and makes smart decisions. (Solomon) will be a strong back row player for us. (Harp) will play back row. She will be a strong server for us this season. (Folsom) will be our other setter and right side hitter. (Cave) will be a big block and hitter on the front row. We are looking at (Smith) to be our Libero this season. She does a nice job covering the court and making good passes.”

Thompson said Floyd is rehabbing from an injury and is hoping to have her back in action sometime in October.

Haley Lynch will serve in her second year as assistant volleyball coach. 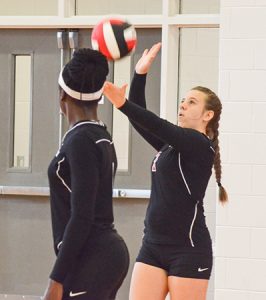 The team will begin its season on Thurs., Aug. 31 on the road versus Satsuma. The JV team will play at 4 p.m. followed by the varsity at 5 p.m.

For a complete schedule see below: 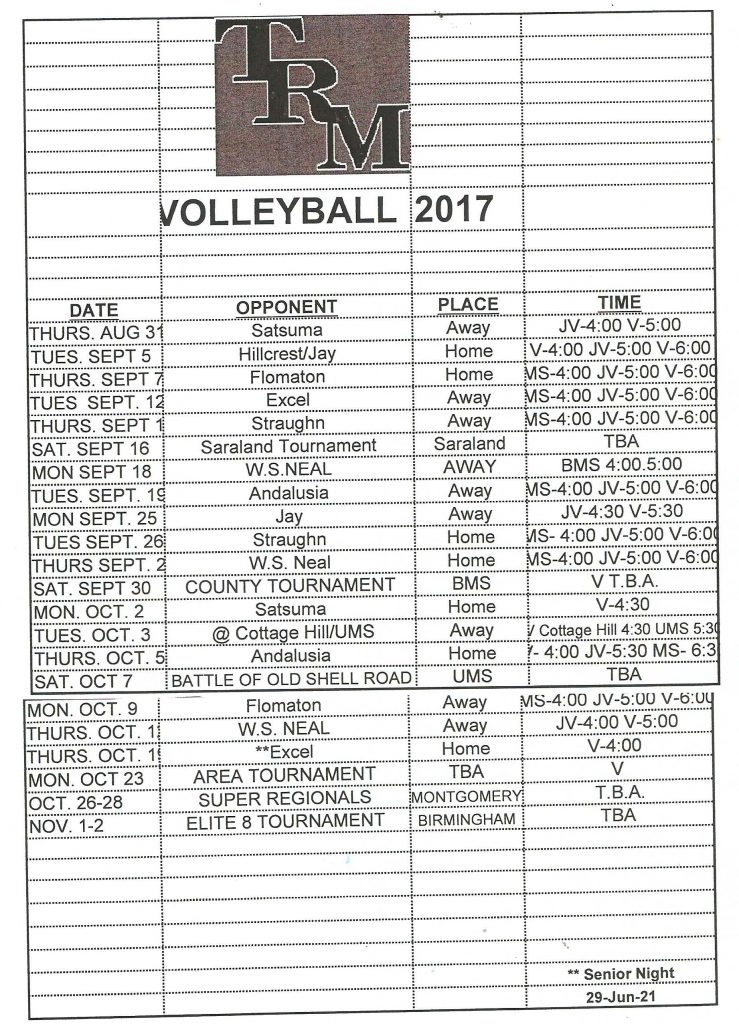