Emily Vickrey and Megan Donald will coach softball and volleyball, respectively, and serve as assistant coaches for each other’s sports.

WSN principal Patty Frazier said she is honored to have both Vickrey and Donald join the Neal family. 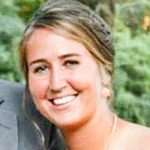 “The people that I have talked to that know these two young women could not say enough good things about their integrity, honesty, character, and how hard they work,” Frazier said. “It makes me feel good to know that we found two women that want to be at W.S. Neal. That they have a desire to work for our girls and not only want to teach, but also influence their lives to not just be good students or athletes, but to be good people and graduate from Neal knowing they learned some skills they can take with them the rest of their lives. We’re honored to have both of them here.”

Vickrey graduated from Northview High School and attended the University of Mobile on a softball scholarship. She graduated from UM in 2015 with her degree in accounting. After graduating from UM, she stayed on as an assistant coach of the softball team. Vickrey said she was on the path to working on her master’s degree in business administration before a personnel change on the softball team made her decide to go another route. But the love of coaching stuck with her. 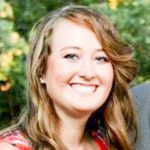 “My intentions were to become an accountant for about 10 years, save up enough money, and open up a bakery,” Vickrey said. “That has always been my dream. When coaching fell into my lap after I graduated college I fell in love with it. I enjoyed investing into people’s lives and helping them become a better version of themselves. That’s my favorite part about coaching. People around me said why don’t I teach, so I decided to give it a try.”

Vickrey, who said her strong subject has always been math, applied at a couple of places including WSN. Vickrey met with Frazier, and after about a week was hired to teach 10th grade geometry and pre calculus.

Frazier then expressed a need for a softball coach, in which Vickrey said she could do the job. “That was perfect because that’s what I want to do. It just worked out exactly how it was suppose to.”

Vickrey then recommended her cousin Megan Donald for the opening in the English department.

Donald graduated from Central High School in Pace, Fla. where she lettered in volleyball and softball. She graduated from Troy University in 2016. Since then she coached volleyball at Gulf Shores High School and served as a substitute teacher. Donald said her passion has always been to coach and work with the youth.

“When (Vickrey) told me of the opening here for a volleyball coach I thought to myself I have experience as a volleyball coach and played. It’s an English teaching position as well a subject I always done well in. To be in this position at Neal is an answer to my prayers that worked out. I don’t think it could have been any more perfect.”

Both Vickrey and Donald said the goal is to establish a winning culture, which includes discipline and hardwork.

“My goal is to win,” Donald said. “I don’t have a set number, and obviously I want to win as much as possible, but my goal is to come in and have a group of girls that come out and expect to win. If they don’t win they tried there hardest. I feel we’re the underdogs here. I don’t expect to win every game, but I expect us to give it a 110 percent.”

“My goal is to build a powerhouse,” Vickrey said. “That’s going to take baby steps. This year I want to establish the way I do things. We’re going to  be a disciplined team. It might take a couple years to build and get use to each other, but my goal is to get the girls in the best shape of their lives and to be the best version of themselves as far as mentally, physically, spiritually and emotionally. Character builds a strong program. Without it you might win a few area championships, but you’ll never win a state championship, and ultimately winning a state championship is the goal. It’s going to be change for everybody, but it’s going to be change for the better.”

So far, both said the reception from the school and community has been very welcoming.

“It’s great to come in and have help,” Vickrey said. “It shows that the people want you here.”

“I don’t know if I’ve ever been to a school where I felt so welcomed right away,” she said. “Even the girls on the first day were ready to get to work. There were no attitudes with me being a new coach. They were all welcoming and excited. That’s how the parents and other staff members we’ve met so far have been. It’s been awesome.”