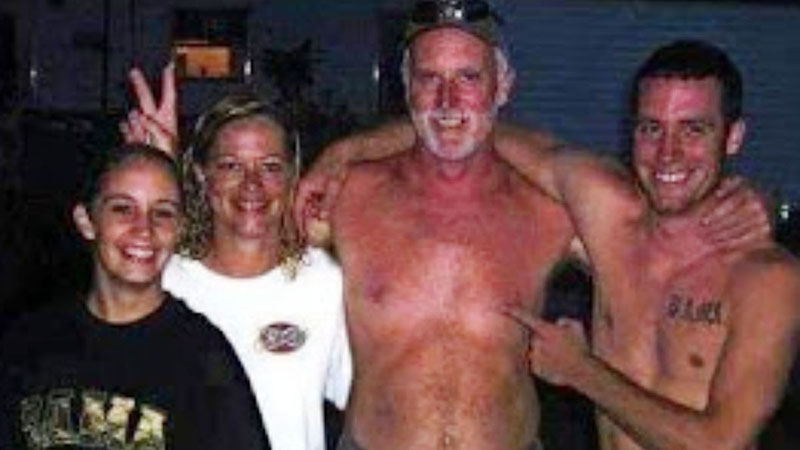 Donna and Dennis Smith with others before their 2008 death in Owassa.

It’s been nearly nine years since the shooting death of a Brewton couple in Owassa – and nearly four years since Shannon Odom asked the public’s help in keeping their killer behind bars.

Williams was convicted of manslaughter in 2011 following the shooting deaths of Donna and Dennis Smith, Odom’s brother and sister-in-law. Details of shooting made regional headlines after it started as a verbal altercation following an Alabama vs. LSU football game turned deadly in the Owassa Community in Conecuh County. Forensics showed the Smiths were each shot twice with a shotgun.

Convicted in April 2011, Williams began serving a 20-year sentence in Ventress Correctional Facility in Clayton. In 2014, Odom credited social media for putting Williams behind bars after learning his brother’s killer was serving as a trusty at the Conecuh County Jail.

Williams was then transferred to Kilby Prison and is now serving his time at the Red Eagle Work Center. He is scheduled to appear before the parole board on Sept. 6.

“(Williams) served six years, eight months and 10 days,” Odom said Friday. “That’s not nearly long enough for what he done. At the time of (the couple’s) death, they left behind two teenagers. Now, they’re grown. Donna and Dennis have five grandchildren, and they’ll never lay eyes on them.

As he retells the story of the shooting, Odom is overcome. He said he feels it’s his responsibility to see justice done for his family.

And that’s been Odom’s mission since the fateful night in 2008.

“I’ve been leading the fight to keep (Williams) behind bars,” he said. “I check with DOC once a month, keeping track of where he is. It’s almost to the point where it’s overtaking my life, but I know it’s got to be done.”

The next step in the fight is asking the public’s help to deny William’s parole request, Odom said.

“No. 1, my reason for doing this, is to keep him behind bars,” Odom said. “I know jails are overpopulated and people get out. The more time he serves the better. I believe he should serve the full 20 years – without a doubt.

“I’m asking that you write a letter; sign a petition; anything you can to help our family,” Odom said. “No one really knows what a family goes through in a situation like this until it happens to them. God forbid it does, but there is a lot death; a lot of murders; a lot of crime. If it happens to them, that family is going to need all the help they can get.

“I never understood the weight you feel trying to keep someone behind bars after something like this,” Odom said. “You need all the help you can get. It’s simple – a signature can help keep a murderer behind bars.

“I don’t think (Williams) will ever change his ways,” he said. “Six years and not a minute in hard time. He’s had the easiest incarceration someone could have.”

Odom asked that those willing to help send letters of support to his home address at 256 Buddy Lane, Brewton, AL 36426, or sign one of the petitions located around the community by Sept. 1.