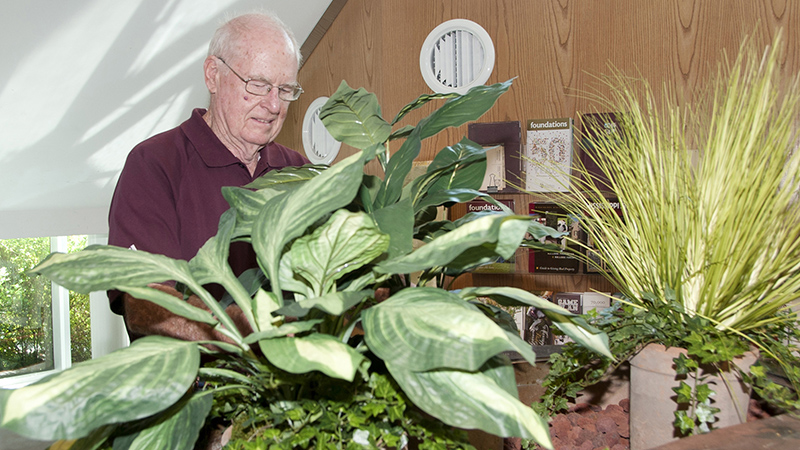 He was a man who saw the beauty in everything.

Joe Gordy knew from a young age he loved to watch things grow. That love helped him cultivate a career and eventually, grow a family profession that established the Gordy name as a leader in retail industry.

Gordy passed away on Wed., Aug. 9. He was laid to rest Monday.

Born in Mississippi, he earned a horticulture degree from Mississippi State University. He began his floral career in 1978 when he moved to Alabama as Knud Nielson’s director of product development. One of the nation’s leading importer and manufacturer of dried flowers, it was there the first seeds were planted for Gordy of what would become Natural Decorations Inc. – or NDI – one of the world’s most prestigious creators of floral and botanical reproductions.

He was quoted in a MSU publication as saying, “As a child I was fascinated with plants and flowers. I grew up on a farm, and I loved working in the flower garden. “Horticulture was a subject I wanted to study because I have always been interested in plants. But design is what I love.”

Gordy’s career embodied that statement and his list of accomplishments is long. He was chosen to decorate the White House for Christmas for three years straight in the 1980s. He served as the designer of the Statue of Liberty’s rededication ceremony in 1986. He served as a float judge for the Rose Bowl Parade, and so on.

Locally, he was chosen as the Brewton Chamber of Commerce’s Citizen of the Year, along with his wife, Carol, in 2004. In 2015, Gordy was honored for his donation of the “Joe Gordy Ornamental Horticultural Library Collection” at the Brewton Public Library.

“From the city’s perspective, we have benefited immeasurably from his expertise, artist’s view, and incomparable vision for our city,” Mayor Yank Lovelace said. “I see his handiwork everywhere – from the hanging baskets downtown to parks he lovingly planned and brought to fruition.

“It is a rare thing for a city our size to have world-renowned designers at our service, but in Joe Gordy, we had just that,” he said. “And he freely gave us his time, his insight and his talent and any other resources we needed. He was a member of the Tree and Beautification Board and served as its chairman for many years. He was a faithful corporate partner for our city and an ambassador in every sense of the word as he traveled the world.

“To say we will miss him is an understatement,” Lovelace said. “We will long gratefully acknowledge the blessing of his friendship to the City of Brewton, and to all of those who live here.”