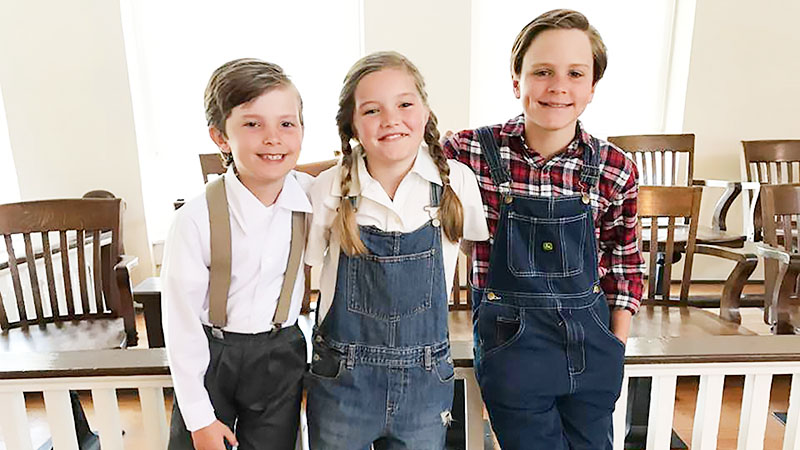 When, in just over a month, the renowned production of “To Kill a Mockingbird” makes its debut for the first time on the Brewton stage, Brewton residents will be not only at the helm, but also on stage.

Brewton’s Stephen Billy, as director of the Monroeville production of TKAM, will return to direct the cast, which includes local talents, Holt McCullough, Madelynn Sasser, Maegan Kirkland and David Miller.

McCullough, who will portray Dill in the upcoming production, said he can’t wait to perform the play in Brewton.

“I’m excited about sharing this story with the people in Brewton,” McCullough said. “There are so many lessons to learn from the play about how to treat people with respect.”

McCullough auditioned for the role of Dill back in February with the encouragement of Billy.

“Last minute I decided to audition for the Missoula Children’s Theater production of “Peter and Wendy” at the community college,” McCullough said. “Mr. Stephen was in the audience and he asked me afterwards if I would like to read for the part of Dill. They were looking for another boy to play the role. He showed me the script and I read some lines for him in the lobby. He called my mom a few days later and said I got the part. I think they were surprised I was only seven years old.”

Kirkland and Sasser will share time playing Atticus Finch’s headstrong daughter, Scout. Both said being a part of the Monroeville production was memorable.

“Hanging out backstage with everyone is my favorite,” Sasser said. “My favorite scene is when Boo Radley escorts me home.”

Sasser said she went to see Caroline Williamson perform the role of Scout a year before and really liked it. Williamson also lent Sasser a “good luck” item.

“Caroline even lets me wear her overalls when I perform,” Sasser said.

Kirkland agreed with Sasser that the bond of the cast and performing for the audience was a worthwhile experience. 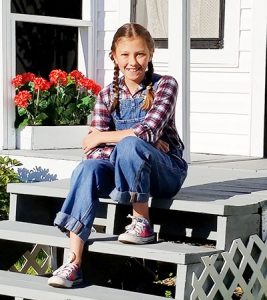 “Meeting new people was a joy,” Kirkland said. “I’ve made some lifelong friendships.”

For Kirkland, TKAM was also a chance to work with Billy a second time.

“I worked with Mr. Billy several years ago in the production of Annie, and I wanted to work with him again,” Kirkland said. “I heard that (TKAM) was a wonderful play, and I knew I wanted to be a part of something special. I’m really excited to bring this wonderful play to my hometown.”

Miller, who will portray Scout’s brother Jem, said one of the most memorable times he can recall playing Jem was his first time taking the stage. “I remember how fast my heart was beating,” Miller said. “I’ll never forget it.”

Miller believes the play has the potential to expand to other communities.

“I think its great to share the story with different communities,” Miller said. “I think it is only the first step in what’s coming.”

Performances will be on Sat., Sept. 30 at 2 p.m., and 7 p.m., and Sun., Oct. 1 at 2 p.m. on the Woodfin Auditorium stage at Coastal Alabama Community College– Brewton. Matinee ticket holders for Saturday are invited to come enjoy an antique car display, music and lunch on the grounds on Saturday from 10 a.m. to 1 p.m. before the performance begins.

Tickets can be purchased at mockingbirdtickets.brownpapertickets..com, Brewton City Hall, or at the door an hour prior to public performance. Cost is $15 for adults, and $10 for ages 18 and under.

For Brewton Arts Council season ticket holders, there will be a special performance on Thurs., Sept. 28, at 7 p.m. To purchase season tickets visit brewtoncouncilofthearts.com.