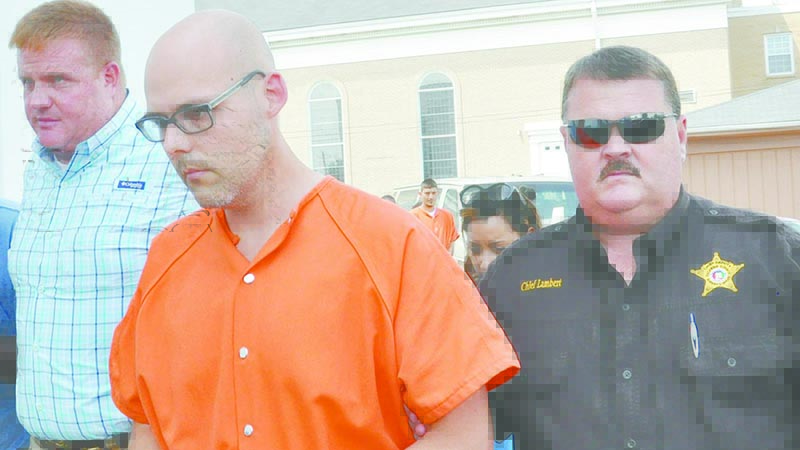 Jeffrey Gainous is escorted from the Escambia County Courthouse in handcuffs by law enforcement in 2014.

The former T. R. Miller band director convicted having deviant sex with students in 2014 will soon be getting out of jail.

Jeffrey L. Ganious, or “Mr. G.” as he was known to students, pleaded guilty in November 2014 of having sexting conversations with at least six victims, as well as tying up at least two teenage girls and gagging them using ropes and other bondage devices during sex. Incidents reportedly occurred inside the school band room and at Gainous’ former home in Brewton.
Gainous left TRM after six years to head the band program at Central High School in Thomas County, Ga., in June. He was terminated from the system upon his arrest.

Since his conviction and as part of his plea agreement, he has served his time as an inmate in the Escambia County Detention Center.

Gainous pleaded to one count of teacher having sexual act with a student, a class B felony, and two counts of sexual contact with a student. As per a plea agreement, Gainous was given a 20-year suspended sentence. He served a three-year sentence and will now have five years of supervised probation and be required to register as a convicted sex offender.

The Alabama Department of Corrections website states Gainous’ earliest release date was Aug. 20; however, county court records show that no release order has been issued yet.