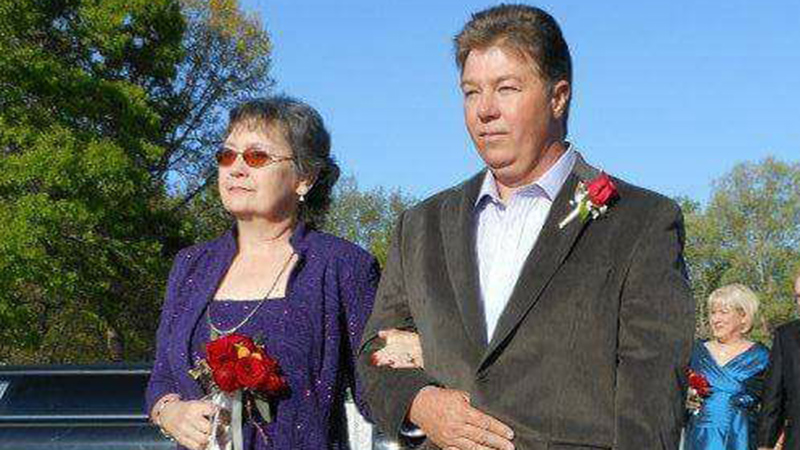 Susan and Tim Adams in a recent family photo.

“We’re not letting up,” Flomaton Police Chief Bryan Davis said Tuesday as investigators continue to follow leads in the Aug. 12 double murder of a Flomaton couple.

Reports indicate police were dispatched to Tim and Susan Adams’ College Street home just after 2 p.m. that Saturday. The 911 caller reported he’d been unable to get in touch with the couple following an agreement to purchase a refrigerator. The caller stated Mr. Adams suffered from a heart condition and worried knocks at the home went unanswered for hours. When Flomaton emergency personnel entered the home, the couple was found shot to death.

Since then, the Flomaton Police, the Escambia County Sheriff’s Office and the state and federal bureaus of investigation have been working leads in the case, Davis said.

“We are following up on every lead that comes down the pike,” he said. “In fact, as late as (Monday), we were still getting information. As of right now, we’re waiting on search warrants for (the couple’s) electronic devices and interviewing people.”

Davis reiterated Escambia County Chief Deputy Mike Lambert’s statement from last week as to a possible connection between the shootings and others around the Atmore area.

“And right now, there is an active investigation going on into a double murder in the Perdido Community,” Davis said, speaking of an early Tuesday report from Baldwin County. Earlier this month, multiple shootings occurred in Atmore, one of which involved a home invasion.

“So, is it a random person (who shot the Adams)? No, I don’t think so,” Davis said. “Whoever it was, I can tell you that there is no evidence to suggest – at this point – that the investigations in Atmore and Flomaton will cross.

“So, do we know who it is? At this point, I say no, but we are a lot closer,” he said. “I can say that through the course of this investigation, we have been able to recover a few stolen firearms from an unrelated incident.

“I would like the public to know that we are actively pursuing every lead we get, and that if they have information – no matter how trivial they think it is – contact us,” Davis said.