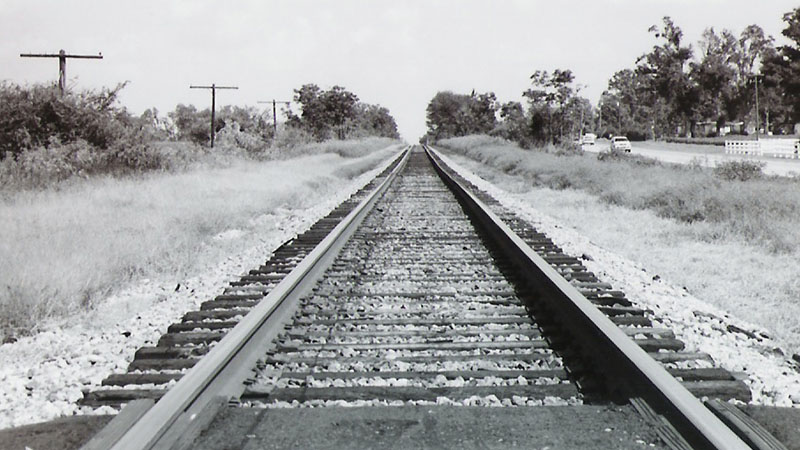 The same rail lines now used by CSX were used by the Confederacy to move men and materials in the 1860s.

On a cool autumn night in October 1862, two trains disembarked into the darkness of the South Alabama night and headed towards a collision course with destiny.

One southbound train fully loaded with men and material left Montgomery and another similarly loaded train left Pollard heading north sometime later. The trains carried no illumination and sped through the black night accompanied by nothing more than the chug of the locomotive engine and the occasional scream of a lonesome train whistle.

Somewhere between Greenville and Evergreen, the two trains collided in an explosion of metal, boilers, men and equipment. Among the twisted metal and the overturned locomotives and cars lay the contorted and bleeding bodies of dozens of soldiers as their screams of agony pierced the night air. Survivors of the accident who were unhurt made their way from the wreckage and to the local farms and homes seeking assistance.

It has been said that the old Hawthorne House at Belleville soon became the destination for many of the wounded and dying men. James Richard Hawthorne constructed the house before the war. The Hawthorne family had relocated to Pine Apple in 1854, and the Belleville house was later used as an aide station during the war to facilitate wounded troops to the Confederate hospital at Greenville.

Men such as Pvt. George Cowan who was assigned to the 57th Alabama Infantry Regiment was among the wounded. Cowan and other wounded men lay bleeding and dying in the darkened rooms of the house with the only illumination being the tinted light of oil lamps reflecting from the heart pine walls of the simple rooms. Cowan lingered at the aide station until he could be moved to the hospital at Greenville, where he died on Oct. 5, 1863. Local legend holds that many of the Confederates who died from the train wreck were buried on site at the Hawthorne House. It has also been said that a Confederate first aid station existed near Catawba Baptist Church at Pollard.

Belleville would again become a Confederate focal point near war’s end when Col. C.G. Armistead removed his troops from the Canoe Station area to Belleville in order to defend the approaches to Montgomery. The troops had recently skirmished with Union General Steele’s forces and most likely brought more wounded to the Hawthorne House upon their arrival. Armistead dispatched several telegrams to his superiors from the Belleville area. As the clouds of war faded in April 1865, a different type of legend for the Hawthorne House was about to begin.

Many in the Belleville Community believe that the Hawthorne House held the lingering spirits of countless Confederate souls. One story is that of an old gurney, marked with the letters “CS” (Confederate States) which remained in the upper part of the old home. Supposedly, no one dared remove the gurney because of fear of the ghosts that dwelt in the there. Lights, televisions, and other modern conveniences in the home would often malfunction for no apparent reason according to local legend.

Whether the Hawthorne House was haunted will remain a mystery for posterity in that the house was burned by a vandals around 10 years ago but stories of ghostly apparitions which haunted the house continue to captivate new generations of residents and visitors to the community.

One could speculate endlessly over the possibility that among the remains of the crumbling outbuildings that surround the site of the house that a few old Confederate ghosts might still rise for muster at the sound of the Southern anthem, “Dixie.”