She’s cookin’ it up 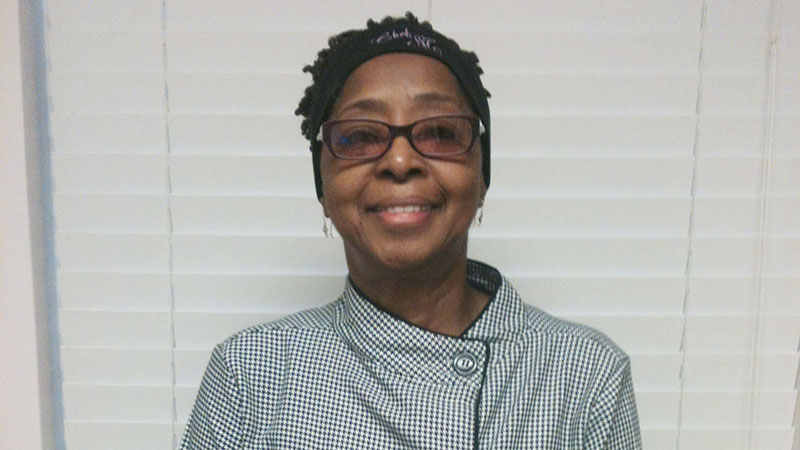 Chef Marilyn Bradley Wiley has been named the new Director of Food and Nutrition.

D.W. McMillan Hospital recently announced that Chef Marilyn Bradley Wiley has been named the new Director of Food and Nutrition. She began her duties the middle of July, when she took the place of retiring Joel Bell.

“I was born and raised in Mobile,” she said. “I graduated from W.P. Davidson High School in 1977. I took time before college to raise my son, Larry, and when he was about 12 years old, I began attending Carver State Culinary School. About the time, my sister was in school taking home economics. She brought home a cake she made in class.

“As I ate that cake, I knew that I wanted to go to culinary school. I enjoy cooking and seeing people eat good food.”

She graduated from college in 1990 and in 1992, she earned her culinary associates degree from Culinary School at Hyde Park, N.Y. She also earned certification through the Culinary Institute of America in 1992.

She got a job at Adams Mart in Mobile. She discovered she did not care for the hotel business of it and she got into health care.

She had been at Noland Care Nursing Home almost a year when she came here to Brewton.

“I think I have found my home,” she said. “I came here about a month ago. The staff here is very good and Joel was very helpful getting me to know the hospital and the employees here. He left a good staff, and a well-trained staff. I am not going to make any changes for right now. When I have been here a little while I want to introduce some new things, but for right now, it’s fine.”

Wiley hasn’t moved here and will continue to commute from Mobile where all her family lives. She has taken a room here in town at the home of a friend and will be staying some nights here.