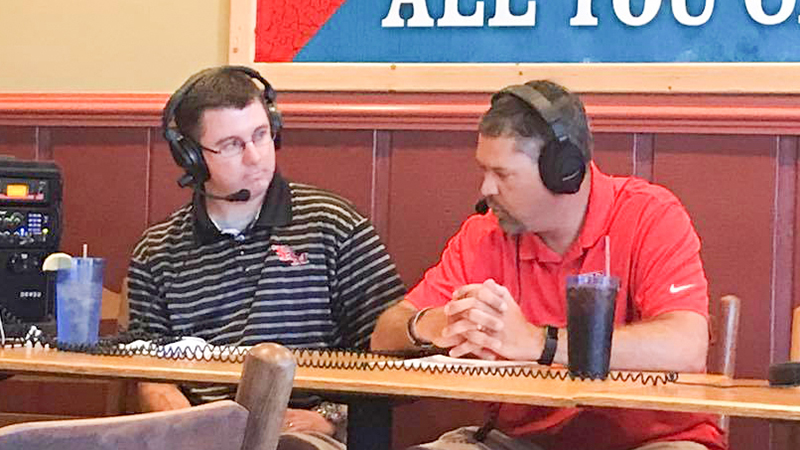 Following T.R. Miller football just got better this season. The Tigers will continue its run of Tiger Talk with new host Adam Robinson.

Robinson, a long time sports enthusiasts and former sports reporter for The Brewton Standard, said the opportunity to host Tiger Talk was offered to him by TRM head football coach Andrew Thomas. Robinson said he never did radio before, so he was a little shocked when approached to host the show.

“I told (Thomas) I was interested but I would have to pray about it and talk to my wife, Shari,” Robinson said. “I did that, and gathered a few more details about when the show would be and what would be expected from me if I decided to do it.

After talking with his wife, Robinson told Thomas he would do it. Afterwards, Robinson met with Carol Ellington of WKNU 106.3 FM to go over some details about the work.

“I was a little nervous this past Thursday with the first show,” Robinson said. “But I think it went all right. I hope the listeners would say the same thing.”

Robinson, who is employed in the Brewton City Schools technology department, said it’s great to get back into sports again and talk TRM football. Robinson is a graduate of TRM.

“I never played football in high school, but I have always followed the game,” Robinson said. “My first TRM football game was the 1994 championship game against Cleburne County. That was before the movement of the Super 6 and all games being played at Legion Field. The 1994 game was played in Brewton and the stadium was packed. TRM went on to win the championship that season and capped off a perfect season,” he said.

“So that was a pretty good game to come to and an awesome game to call my first one. TRM has such an awesome football tradition and it feels great to be a part of it.”

Catch Tiger Talk on Thursdays from 5:30 p.m. to 6:30 p.m. The show is shot live at David’s Catfish House in Brewton and will stream on the T.R.Miller Athletics Facebook page, as well as broadcasted on WKNU 106.3 FM.