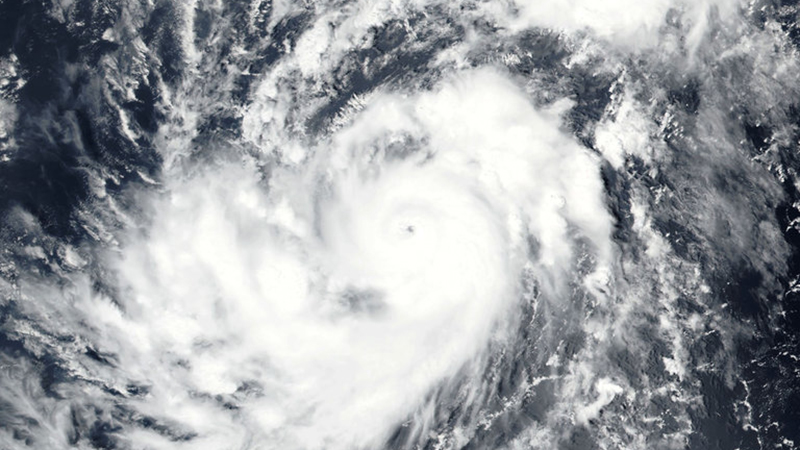 When an Appleton family began collecting items to contribute to the hurricane relief efforts in Texas, it didn’t take long for the entire community to step up to the plate.

JJ and Mary Boyington stationed a trailer in the parking lot of Tractor Supply in Brewton on Thursday to receive donations of food and water to carry to the first responders of Hurricane Harvey. 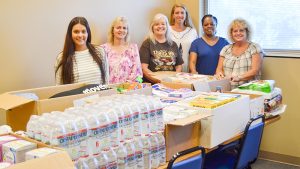 The Brewton Medical Center Billing Department along with their fellow co-workers and physicians organized a donation drive to help those affected by Hurricane Harvey. Pictured are Brenda Barragan, Sherry Maxwell, Angela Henderson, Jessica Davenport, Patrice Washington and Mary Carmichael. Not pictured is Rebecca Boutwell. The Brewton Medical Center Billing Department would like to thank everyone who participated./ Corey Williams | The Brewton Standard

“God put it on (JJ’s) heart to help the first responders of the hurricane,” Mary Boyington said. “They can’t help the victims if no one is helping them.”

JJ Boyington said he worked storm relief after hurricanes Katrina and Ike. As a carpenter, he contributed to the relief efforts through rebuilding homes and hauling debris.

“I’ve always been on the other side, working clean-up,” JJ Boyington said. “Now, it’s all about helping these individuals. I want to get them everything they need.”

He said the community has played a large role in the entire process.

“So many people have been involved in this,” JJ Boyington said. “I am very proud of this community – not only the Brewton community but also the surrounding communities – for coming together. People really showed up.”

JJ Boyington said Reid State Community College collected another trailer full of supplies to send with them, ensuring that a follow-up trip will be in the works.

“We will continue with this until the Lord shuts the program down,” he said. “We are already working on a laundry trailer to take down next time with five or six washers and dryers for first responders and the fire and police departments to use while power and water are still out.”

The family said there is a great need for monetary donations to pay for fuel, as well as air mattresses and portable gas stoves.

“These things are lifelines for the families who may not have had insurance, for those who may not be back in a home for a while,” JJ Boyington said.

He estimated that they have received enough supplies to make around 1,500 care packages.

Tractor Supply has allowed the couple to use use pallets and forklifts to load the donations into the truck, along with donating items as a business.

“They have donated but they have also been filling buggies at the front of the store and bringing them out to us,” Mary Boyington said.

Boyington and his brother, Gary, hope to leave for Rockport, Texas, on Thursday or Friday but will be collecting supplies until then.

Irma: It’s too soon to tell

As Hurricane Irma became the first Category 5 storm of the season, everyone is waiting and watching to see where the devestation hits.

Spinks Megginson of Red Zone Weather, said Tuesday as of now, the storm is expected to stay concentrated in the Florida Peninsula, not the Panhandle.

“You’d better believe if I were in southern Florida, I would rush my hurricane preparation to completion,” Megginson said.  “If this scenario plays out as expected, south Alabama and northwest Florida would enjoy nice, cooler, dry weather from Thursday through Monday. High school football weather this weekend will be near perfect for this time of year with game time temperatures in the 60s by the fourth quarter in most spots across our region.”

“I don’t think it’s necessarily wise to run out and get a bunch of prep items that may prove to be unnecessary,” Megginson said. “Again, there are certain things we should already have on hand, regardless of if a hurricane is threatening imminently or not, such as flash lights, extra batteries and non-perishable food items.”

“It is still too early to definitively forecast the path of Hurricane Irma, which is a very dangerous storm with current sustained winds of 180 mph.  The official forecast places the storm near the southern tip of Florida on Sunday.  The forecasts for three days generally have a good degree of accuracy, however, the five day forecast has a larger margin of error.”

Adams recommended local citizens to keep a watch on the storm forecast and take the time to make emergency plans.

“It’s also a great time to service your generator if you have not already done so; check your fuel supply and so on,” he said.

He also recommended the following:

• ensure one has several days of non-perishable foods on hand, as well as at least three gallons of potable water per person, per day;

• locate all important documents, i.e. insurance documents, contact lists, etc., and be sure they are readily accessible.; and,

• remember that everyone needs to be self-sufficient for at least three days.

“However, I recommend five days,” he said.