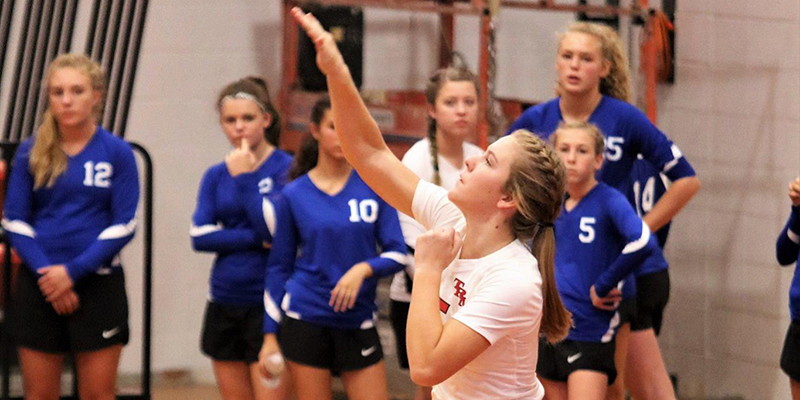 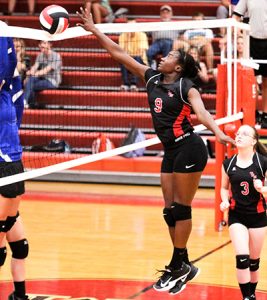 TRM’s Alijah Fountain looks to protect the net versus Jay. The JV team won the match in three sets./ Photo by Allison Terrell

“It’s exciting to get two wins back on our home court,” said head coach Terri Lynne Thompson. “We were able to maintain the momentum throughout both matches. Our girls did a great job keeping their energy up, which helps them keep a winning attitude.”

TRM will host Flomaton in an area matchup this Thursday at the TRM gymnasium. The Brewton Middle School will open its season at 4 p.m., followed by the JV at 5 p.m., then the varsity at 6 p.m.