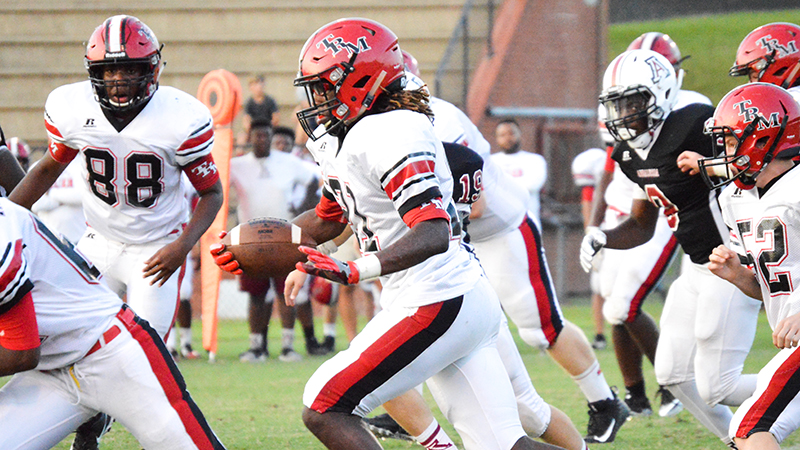 The Tigers’ opening drive took the entire first quarter and fifty seconds of the second quarter before being capped off with a 2-yard rushing touchdown by Darius Webb. Webb had 50 yards rushing on the opening drive.

Andalusia got a prime chance to tie the game in the fourth quarter, but the Tigers held them out of the end zone.

With 3:27 left in the game, a Bulldog defender sacked the T.R. Miller quarterback and forced a fumble that Andalusia recovered on the Tiger 30-yard line.

The Bulldogs drove down to the 1-yard line for a first-and-goal, but the Tiger defense held strong to preserve the 6-0 lead.
The Tigers took over on downs and was able to kneel the ball to run out the clock.