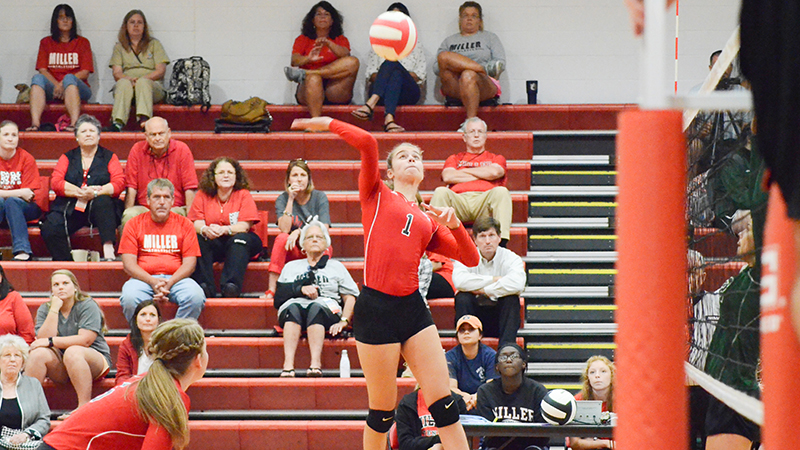 Abigail Cave goes up for the kill./ Corey Williams | The Brewton Standard

Anna Grace White led the team defensively in digs. Steely Ruzic had eight kills. Myra Reiss and Abigail Cave had five kills each. Addi Smith and Kaleigh Folsom each had five aces. The Lady Tigers had 25 kills as team.

“Our girls did a good job playing consistent,” said TRM coach Terri Lynne Thompson. “We have been working on being smart at the attack line. They did a nice job eliminating hitting errors. Addi Smith, Mary Madison Brown and Kaleigh Folsom did a great job for us at the service line.”

TRM varsity will compete in the Saraland volleyball tournament this Saturday. BMS will travel to W.S. Neal to play at 4 p.m. and 5 p.m. on Mon., Sept. 18.