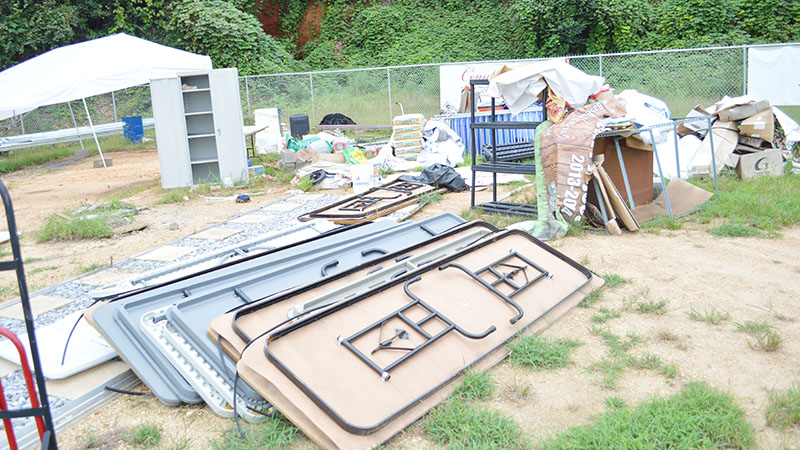 The chairman of the Castleberry Parks and Recreation organization is facing theft charges after he allegedly misrepresented his group as a Conecuh County entity and refused to pay for services and items he purchased as their alleged agent.

“Our investigation began after the department received complaints from businesses who had delivered items to the parks and rec site but who had not received payment,” Emmons said. “(Kast’s) promised method of payment was fictitious since he was using a purchase order system similar to that of the Conecuh County Commission and then having those invoices sent to the commission for payment.” 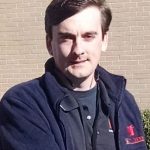 Kast established the non-profit Castleberry Parks and Recreation group in 2013. It operates separately from the Town of Castleberry and the Conecuh County Commission. Supposedly governed by a 10-member board, the agency’s website states its mission is to “create two public youth baseball fields, a playground, a public fishing lake, a walking trail and an outdoor basketball facility.” Kast is listed as the board chairman and project manager for the park construction.

Emmons said it was through that platform that Kast allegedly used his position to make purchases for work at the field such as signage, rock and gravel and fencing.

The case remains under investigation with the assistance of the state bureau of investigation, Emmons said. He is asking those with dealings with the group to contact his office.

“We believe this is only the first layer of this investigation,” he said. “That’s why it’s so important for those who have contributed to the organization – be it money or donations of materials or supplies – to contact our office. That also goes for anyone who may have purchased items from the organization or Kast individually.”

Kast was arrested Thursday and released on a $7,500 bond.

That’s what people in Castleberry have been asking of Karl Kast and the Conecuh Park Project – and especially since his arrest last week on theft charges.

Established as a non-profit in 2013, the Castleberry Parks and Recreation group operates separately from the Town of Castleberry and the Conecuh County Commission. Governed by a 10-member board picked by Kast, the agency’s mission is to “create two public youth baseball fields, a playground, a public fishing lake, a walking trail and an outdoor basketball facility.” Kast is listed as the board chairman and project manager for construction.

Today, half finished projects are scattered along the site located just off Conecuh County Road 6. Unopened boxes, signage and piles of rocks and blocks wait behind a sponsorship-covered wall. Fencing and what appears to be a batting cage are in the mid-stages of construction.

Renee Lawson, a 12-year Castleberry resident, unsuccessfully ran for mayor in the 2016 municipal election. She said during her campaign, one of the biggest questions was the status of the park.

“In my time here, nothing has been accomplished out there – nothing,” Lawson said. “Where’s the money going? It makes Castleberry look bad.

“You could donate $1 million, and that park wouldn’t ever be built,” she said.

A former park board member, who spoke under the condition of anonymity, said he removed himself from the organization six months after he questioned Kast’s practice of purchasing items for the park. He said the board hasn’t met to approve expenditures for at least a year.

“That money has been mishandled, plain and simple,” he said. “This is how I think of it – you don’t go to the grocery store and buy off the wall you don’t need. You get the basics first. With this park, I said, ‘You need to finish the work and then buy the stuff.’”

The former board member said during the last four years, the board was provided financials twice and estimates donations “that I know about” between $30,000-$40,000 in the last two years.

“But (Kast) keeps all that secret,” the board member said. “We can’t get him to account for any of it. He can’t show us. He always says, ‘I’ll get it later.’ Well, ‘later’ never comes.”

Other former board members, who also spoke on the condition of anonymity, agreed.

“I don’t want my name associated with anything that ‘board’ or whatever they are, does,” said a woman who served during the board’s early years.

Last Wednesday, the day before his arrest, The Brewton Standard asked Kast about the monies.

Via email, he wrote his organization doesn’t receive any public or grant monies.

“This is a slow process,” he wrote. “And currently, we receive no county or state funding. In Alabama, 90 percent of parks and recreation projects are funded by the municipal and county government, and the land and water conservation fund and the state trails grant.”

He said his group is more than just “the park project,” and contributes to the town’s annual strawberry festival and the local youth football league.

“We make a positive impact on the community on a yearly basis, in several different ways,” he wrote.

While Kast did not comment on dollar amounts received he counted eight sponsors from Escambia County, including the Poarch Band of Creek Indians and a number of local banks. On his website, he lists some of the area’s major employers such as Georgia Pacific, the former MPG/Grede corporation, PowerSouth Energy Cooperative, South Alabama Gas, Southeast Alabama Gas, Andalusia Health and others as sponsors. Those contacted about sponsorships cited privacy laws and wouldn’t comment to the newspaper on the dollar amounts provided to the organization.

In a project quarterly progress report emailed to The Brewton Standard, Kast lists Auburn University as the project’s governing agency. The university’s online employee and program directory shows no record of Kast or the program.

In it, he admits the project is “behind schedule” and rates its completion at 35 percent. He estimates a December 2019 finish.

“We have all equipment in hand to complete youth baseball fields, playground and basketball courts,” he wrote. “Earth work and drainage problems are holding (up) installation and progress.”

He said sponsorships and donations were down “33 percent during the January through May 2017 months;” however, he did not provide any dollar figures for comparison.

Despite the “setbacks,” Kast maintained the baseball fields will be ready for spring Cal Ripken play for ages 4-12 and the playground will be completed by winter 2018. To aid in the quest, Kast launched a $50,000 “Fundly” campaign Wednesday, the day before his arrest; however, as part of his bond conditions, he is prohibited from soliciting new funds, and law enforcement asks that anyone who has made donations – in the form of money or item donations – contact the Conecuh County Sheriff’s Office at 251.578.1260.