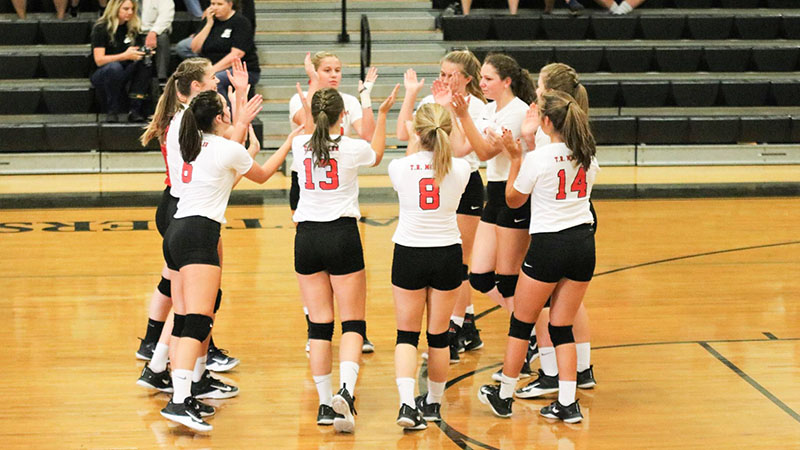 The T.R. Miller Lady Tigers celebrate as a team after scoring a point against Excel./ Photo by Allison Terrell

Both the T.R. Miller varsity (3-1) and JV (3-0) volleyball teams picked up wins versus Excel on Tuesday.

“Excel did a good keeping us on our toes throughout all three games,” Thompson said. “We found ourselves playing from behind several times. What I love about this team is they truly play for each other at TRM. They are a selfless group of girls who fight for each other on every single ball.”