Police are searching for a Brewton man accused of stabbing another Saturday night.

Jordan said Elliot and an unidentified man were allegedly involved in an altercation while driving through downtown Brewton. 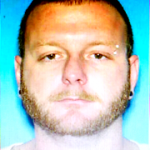 “At approximately 4:50 a.m., officers were called to the Huddle House in reference to a man who was suffering from stab wounds,” Jordan said. “It was later determined that after the incident, Elliot fled on foot.”

Reports indicate the victim, who suffered minor stab wounds, made his way to the Huddle House. He refused medical treatment.

Anyone with information as to his whereabouts is asked to contact Jordan the BPD at 251.867.3212.