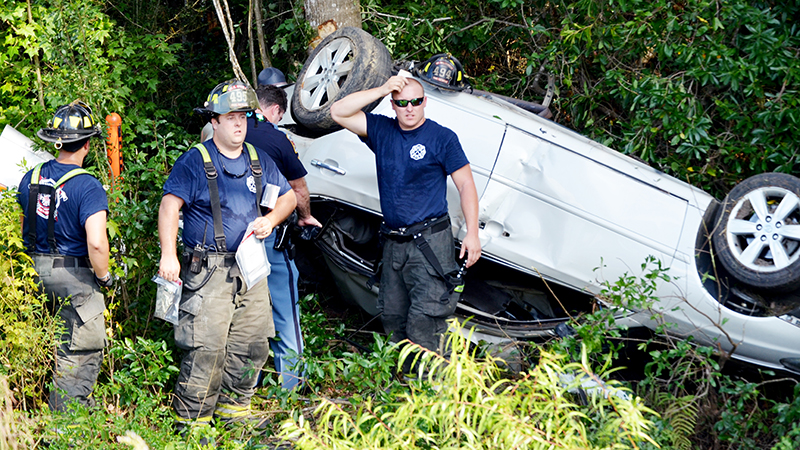 Travis Tessandori | The Brewton Standard Emergency crews and law enforcement work at the site of a Thursday crash that remains under investigation.

The one-vehicle crash occurred at approximately 3:30 p.m. on Ala. Hwy.  31 just past the Georgia-Pacific Mill.

Local reports indicate Stephens was driving a 2006 Lexus at an estimated speed of 120 miles-per-hour and allegedly fled from a roadblock near Fannie Road in Flomaton.

Troopers, who led the chase, responded along with Escambia County Sheriff’s deputies and later Brewton Police.

Stephens had to be extricated from the vehicle and was later airlifted to USA Hospital in Mobile.

Walton was airlifted to Sacred Heart Hospital in Pensacola, Fla.

No information as to the women’s conditions were available as of Tuesday.

Emergency crews from the Brewton Fire Department and DWM also responded to the site.