TRM XC ‘toughing it out’ 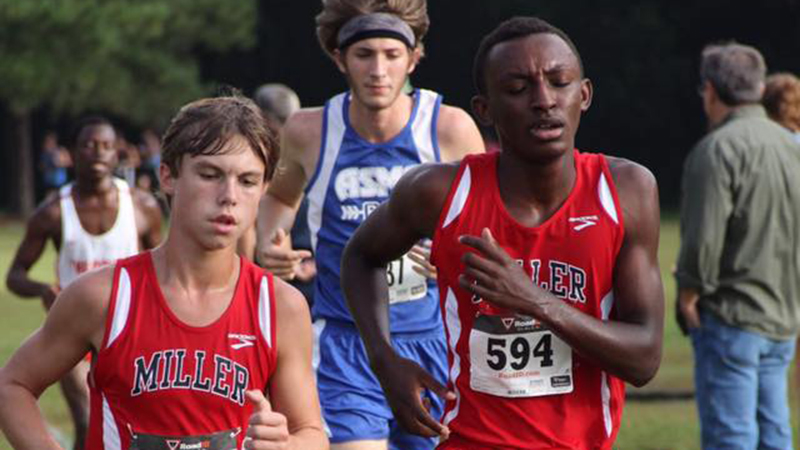 Joe Luttrell and Justice Bailey push through to the end of the race Saturday. Courtesy photo

The T.R. Miller Tigers cross country girls team placed first in the Battle of the Bay event over the weekend, while the boys finished third overall in their respective event.

The teams traveled to Loxley on Saturday to compete in the event.

The T.R. Miller boys finished third overall out of nine teams in the Varsity 5K, seeing four of its runners finish in the top 20.

Finishing right behind Mitchell in 17th was Tanner McDaniel, who finished with a time of 20:03.63.

Sam Kelly finished 23rd; Tyler Thomas was 35th; Joe Lutrell was 39th; Justus Bailey was 49th; and Brooks Feely was 55th out of the 76 racers.