Crash to be remembered with flyover 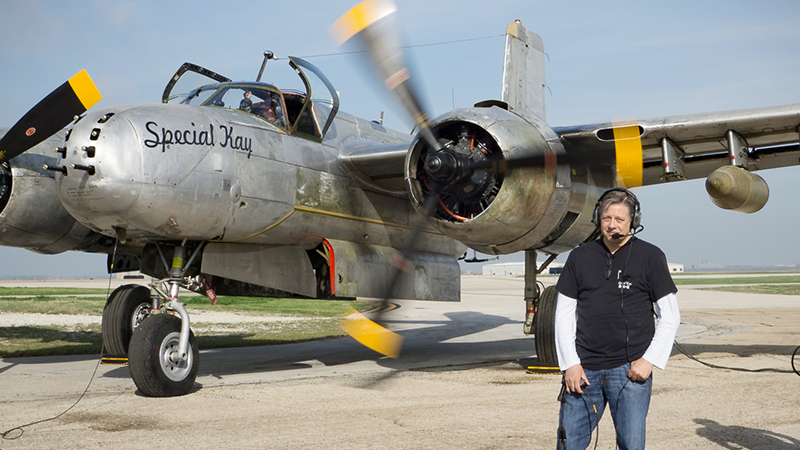 Pilot Jim Reynolds will be in the cockpit as a group attending the USAF Air Commando reunion at Ft. Walton Beach, Fla., will pay tribute to JR Hoffman’s cousin, the late Second Lt. H. Thomas King. Saturday will mark the 59th anniversary of the death of King and two other airmen who crashed three miles north of the Brewton airport. Courtesy photo

On Saturday, look to the Brewton sky for a little bit of history.

The day will mark the 59th anniversary of the crash that left three U.S. Navy and Marine Corps pilots dead near the Brewton airport.

The day marks a two-fold event for Hoffman – his birthday and the flight to not only honor his late cousin but to also attend the U.S. Air Force’s Air Commando reunion in Ft. Walton Beach.

Hoffman tells the story of the crash. King was one week away from earning his Marine Air Corps wings and flying on his las solo flight when the crash occurred.

“The other plane had an instructor and an ROTC cadet out of Pensacola,” Hoffman said. “It was a late October afternoon, about 4:30 p.m. Both planes were flying in pattern in the Brewton field. If you think about it, that time, the sun was low. They’d been flying all day, and (King) just ran smack into that kid, a Lt. Hess. Both planes landed on the bank of the river, and all three died.

“It was just terrible what happened,” he said. “I remember getting the call that Tommy had died. It was my birthday, and I loved airplanes and idolized him. I tried to do (the flyover) on the 50th anniversary but it didn’t work out. This year, I thought what better way to idolize him than this?”

Hoffman said he and about 50 other volunteers have worked for more than seven years to restore the aircraft flying in Saturday’s journey. One of only 40, the plane is the last of its kind and was used to interdict trucks and tanks on the Ho Chi Minh Trail during Vietnam. Owned by Jim Reynolds, it is currently housed in a hangar within the Houston Vintage Flying Museum.

On Saturday, it will make two passes around the Brewton airport at about 1,000 feet sometime between noon and 2 p.m.

Hoffman said locals will be able to view the plane Saturday.

“This is a large plane,” he said. “We’re going to leave Ft. Worth around 8 a.m., stop and have lunch and then head to Brewton. If you see a big plane in the sky, that’s us. I think Tommy would be just thrilled to know we did it for him.”